Plus, San Diego agrees to recycling contract amendment, HP and IKEA join an ocean plastics consortium and more in our daily roundup.

By
Cole Rosengren
and
Katie Pyzyk

In the Daily Digest, the Waste Dive team rounds up insights and moments you may have missed.

New York's Business Integrity Commission hosted its fifth "safety symposium" last week. Commissioner Dan Brownell doubled down on comments he has made before, but that still bear repeating.

"...It's become clearer and clearer to us that probably the biggest problem in the industry with regard to safety is drivers are working too long. Their shifts are too long. So unfortunately what happens is you essentially have zombies out operating some of these trucks in the latter half of their shifts," said Brownell, going on to call this scenario "a recipe for disaster" and "one of the biggest reasons why we have crashes that are completely unnecessary."

Brownell's comments arguably carried more weight following the high-profile temporary suspension of Sanitation Salvage. The audience at hand included executives from many of the local industry's largest companies, as well as the trade associations that represent them.

"That's the challenge I pose to you guys, to cut down those shifts," he said in conclusion. "More and more, we're going to be coming down on you for that."

What followed differs depending on what you read. As detailed by Waste360, the New York State Department of Transportation's Chief Motor Carrier Investigator Jonathan Nicastro spent multiple hours discussing tips for roadside inspections and the potentially deadly consequences of fatigued driving. According to the presentation, 20% of fatal accidents are caused by fatigue. Early morning hours when many local commercial haulers operate are prime time for crashes.

According to local website Streetsblog, the presentation was "rife with victim- and worker-blaming rhetoric." Council Member Antonio Reynoso, who chairs the city's sanitation committee, called it "deeply troubling" in a statement. The article also cited the inaccurate statistic of commercial waste haulers causing 43 fatalities between 2010 and 2017. Waste Dive published the source of that data in July to show why the actual total is harder to pin down.

While other attendees agreed some of Nicastro's comments were problematic, and questioned why his presentation wasn't more industry-specific, the broader issue here comes back to regulatory ideology.

Reynoso and members of the Transform Don't Trash Coalition are highly skeptical of any attempt at safety training or regulation that isn't part of a proposed franchise system. Lately, they have questioned BIC's authority and abilities at every turn. The idea that the agency would partner with industry trade associations (this event was co-sponsored by the National Waste & Recycling Association, Solid Waste Association of North America and New Yorkers for Responsible Waste Management) is considered unseemly.

The industry maintains it can achieve safety reform earlier via alternate legislation and sees no issue with having events to help share that information ahead of time. As for the boundaries of BIC's authority, there is some willingness to see them expanded but it's currently cautious at best.

Until anything conclusive occurs via legislation or new regulations, this years-long feedback loop appears likely to continue. The city will push for more compliance, some companies will play along, others won't, and advocacy groups will remain dissatisfied with anything other than their desired agenda. Whether this actually results in a safer environment for workers, third-party motorists, pedestrians or cyclists remains unclear.

The two companies have signed on as members of NextWave Plastics, a group of companies committed to using ocean plastics in their products by helping develop a global supply chain for the material. HP has relevant experience from its work on the First Mile Coalition in Haiti, which has resulted in the use of more than 250 metric tons of material for ink cartridges. Earlier this year, IKEA announced plans to phase out single-use plastics by 2020 and have a fully circular operation by 2030.

They will join existing member companies Bureo, Dell Technologies, General Motors, Herman Miller, Humanscale, Interface and Trek Bicycle in a formal announcement at the Our Ocean conference in Indonesia next week. NextWave was launched by Dell and Lonely Whale in 2017 and aims to divert 25,000 metric tons of material for other uses by 2025. So far, the group has sourced "verified ocean-bound plastics" from Cameroon, Chile, Denmark, Haiti, Indonesia and the Philippines. India, Taiwan, Thailand are targets for future expansion. Last week at a summit in Copenhagen, NextWave was also among the winners of a 2018 P4G State-of-the-Art Partnership Award.

Last week, the San Diego City Council approved an amendment to the city's contract with material hauling and processing contractors IMS Recycling Services and Allan Company that runs through June 2019. This amendment suspended a previous floor price and ended guaranteed revenue sharing benefits of $6 per ton from collected curbside recyclables. This amendment will be retroactive to May 1 and is expected to result in at least $1.5 million less in revenue.

The city has contracted with IMS and Allan since 1998 and agreed to their amendment request because of a change in market conditions brought on by China's regulatory measures. About 80% of San Diego's recyclables had been sent to China prior to that country's new scrap import policies. These types of amendments have become increasingly common over the past year, usually at the behest of MRF operators, though not all municipalities have been willing to change course prior to the expiration of their existing contracts.

Emergency crews were called to an All Waste Inc. recycling facility in Hartford after two workers reportedly got stuck within a conveyor belt system. One woman had been freed by the time help arrived, but it took an estimated 45 minutes to free the other man in what was described as a difficult rescue. He was transported to an area hospital with serious injuries. While their jobs may be less publicly visible, this is another reminder that workers at MRFs are similarly susceptible to serious injuries and merit further attention in industry safety discussions.

Save the Food, an educational campaign run by the Natural Resources Defense Council and the Ad Council, has released a video featuring celebrities showing new ways to use leftovers that might otherwise go to waste. Actor Alysia Reiner, known for shows such as Orange is the New Black, The Deuce and Better Things, does a friendly "fridge raid" on Melissa Rivers' kitchen to demonstrate.

Do you have events or webinars that should be on our agenda this week? Email waste.dive.editors@industrydive.com. 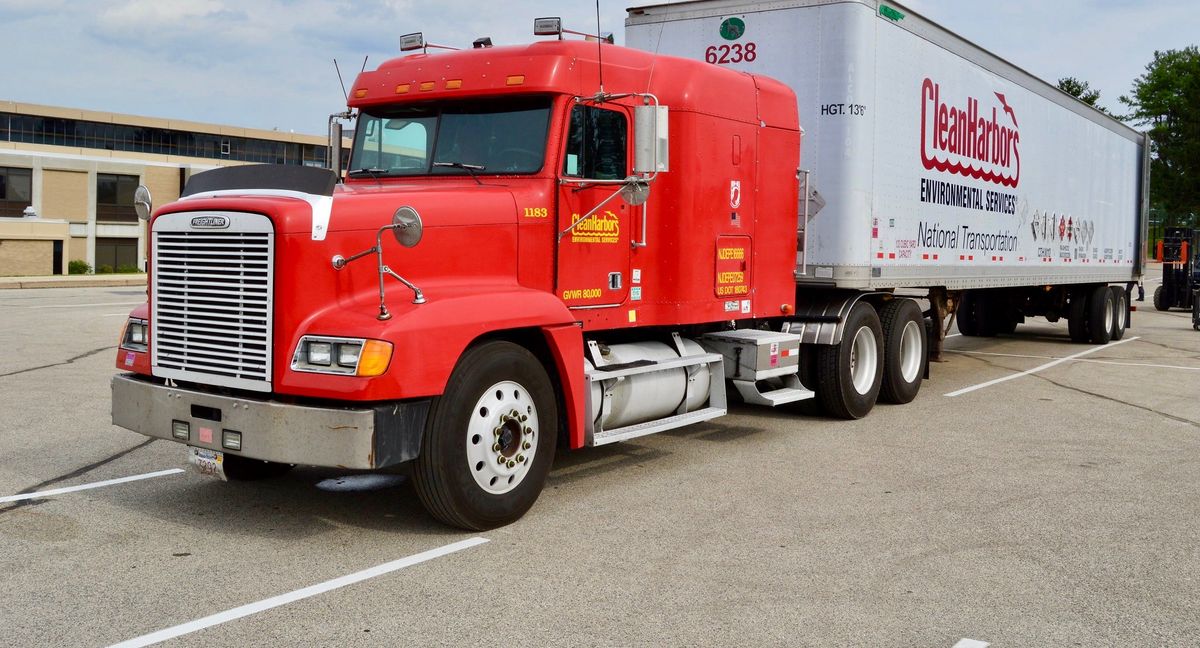 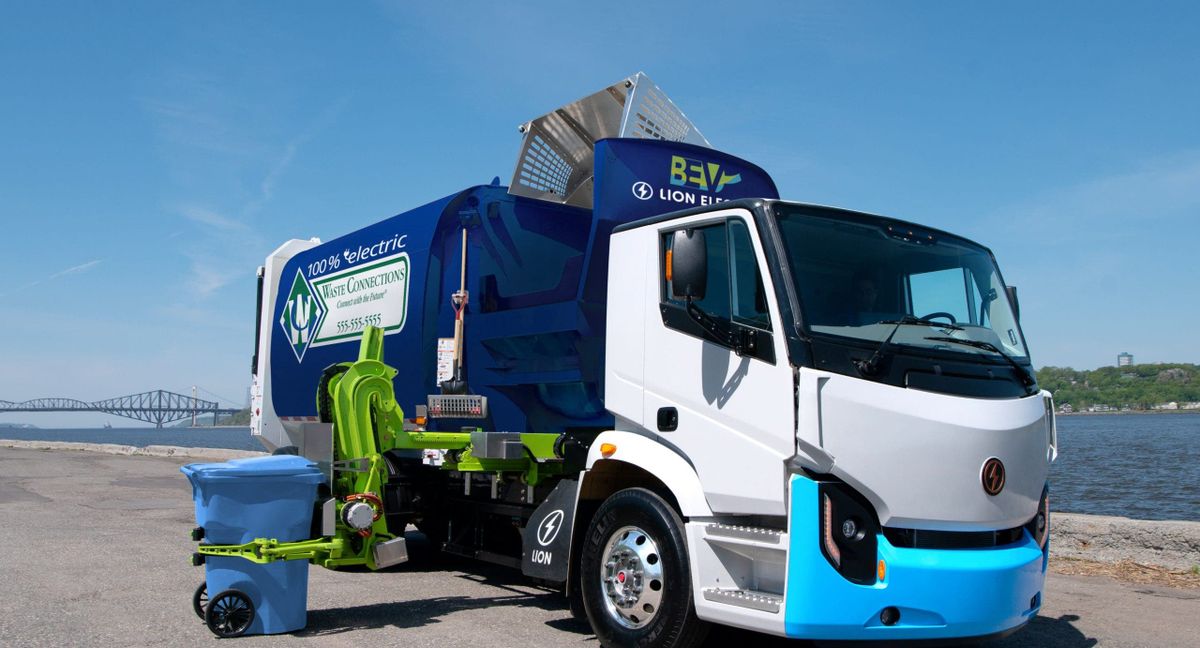