After years of scrutiny, local haulers now must follow new labor and vehicle safety requirements within the city. It's the latest in a series of reforms leading up to commercial waste franchise zones.

New safety rules New York implemented for all haulers this month are the latest step in the ongoing evolution of commercial waste regulation across the five boroughs.

While the rules are a smaller development than the main event for local haulers — implementation of commercial waste zones — they're viewed as another way to measure whether the local industry's record is truly improving. This comes at a time of increased focus on labor and safety issues within the industry nationally and ongoing turbulence for local companies navigating the pandemic's economic fallout.

The new rules also mark a move by the city's Business Integrity Commission (BIC), which oversees commercial waste haulers in New York, to exercise enhanced regulatory authority after a period when the agency's future role was in question. With the passage of a law in 2019, done in parallel with the law establishing waste zones, BIC now has clear authority to enforce traffic safety along with other responsibilities.

“I see this as a steady progression of continuing to work to improve safety in the industry," said BIC Commissioner Noah Genel, citing prior industry training events and development of a free training manual in 2018. "These rules are not long, but they are substantial and require a much greater commitment to safety."

Motivating this move, according to BIC, were the at least 51 deaths and 404 injuries related to industry licensees or registrants since 2010. That broader category includes companies that don't handle putrescible waste, but the majority of public attention has been focused on safety incidents involving traditional "carters," as waste and recycling collectors are known locally.

BIC's main focus is investigating corruption — a mission that dates back to a crackdown on the local waste industry's infamous issues with organized crime in the 1990s — but advocates and elected officials have increasingly called on the agency to do more about safety. During this period of heightened focus, ahead of the commercial waste zone law's passage, BIC revoked the license of local carter Sanitation Salvage in 2018 due, in part, to safety issues.

The local industry's safety record is a main reason that many people believe reform is needed, and this latest set of rules looks to codify requirements that are generally uncontroversial among all involved.

As of Aug. 6, local haulers must now conduct daily safety inspections on their vehicles, pass vehicle reviews by qualified inspectors on a regular basis and maintain necessary proof of inspections in their trucks at all times. Windshields must be clear of anything that obstructs the driver's view, including in-cab technology. Convex mirrors, also known as crossover mirrors, must be installed on the front of all trucks to cover blind spots. Companies must conduct annual safety training — including defensive driving and other training for operators to avoid collisions — for all collection workers.

The rules also lay out a range of traffic violations that BIC inspectors can enforce on the road, including illegal U-turns, running red lights, speeding and driving the wrong way down a street. It also can enforce hours of service requirements. The new rules also clearly state no individuals may ride or cling to the outside of a truck while in motion. While that once was a more common sight in the city it's proven to be very dangerous.

A range of stakeholders said such practices are now discouraged and less common among local carters, and they hope the rules ensure that remains the case.

“I don’t think that those type of things have been happening — at least I’m hopeful that they’ve not been happening. If this shines the spotlight to make sure that it’s not happening, then, obviously, it's a positive thing," said Daniel Wright, president of Teamsters Local Union 813, which represents some local waste workers. "We continue to hope that the industry becomes safer, and we want to cooperate with any issues that we can to make it better."

Wright said it's significant that BIC will be focusing on repeat offenders, but he believes the larger employers, where his members work, are generally following the rules already.

Under the rules, four instances of prohibited conduct within a six-month period will constitute "a pattern of unsafe practices" that may lead to additional penalties. Some observers believe larger fleets will offer more opportunities for inspectors to find violations. BIC disagrees with this thinking.

"You put more trucks out on the road, you have more responsibility, because, frankly, you have more vehicle miles traveled, so of course there’s more chance to get these violations," Genel said. The important takeaway, he added, is for companies to ensure their drivers are following the law. “Our investigators are out enforcing these rules, and when they see a violation, they’re not considering whether it’s a truck from a big fleet or a truck from a small fleet."

Genel added that BIC could put out additional safety rules in the future, but it will see how this round goes before making any decisions.

These rules are also expected to become part of pending rules from the city's Department of Sanitation (DNSY) for future commercial waste zone implementation.

The National Waste & Recycling Association, whose local chapter mainly comprises the city's largest haulers, said it is not overly concerned about enforcement for bigger fleets. Steve Changaris, vice president of the group's Northeast region, described New York's rules as part of the industry's broader efforts to improve safety rates nationwide and adapt to quality-of-life concerns in cities. While NWRA has said in the past that New York could achieve commercial waste reform without zoning, some local chapter members support the idea, and the group is unified in moving ahead, Changaris said.

“[The city is] on a path, and we know where they’re going. Our job now is to pretty much focus on that and try to make that process work as best as possible," Changaris said. "We argued that case, I think, very effectively — that if they wanted to see the kinds of things being done in these zones, they could do it through regulation and through permitting and extra conditions."

Operating with these rules in place before zoning is implemented will test the theory that New York's commercial waste industry can improve safety within the open-market system. It's also a chance for companies hoping to win long-term contracts in that system to make the case based on their record.

“I suspect that applicants who have a pattern of unsafe practices, as defined by the BIC, will find it more challenging to be successful in the bidding process," said David Biderman, CEO of the Solid Waste Association of North America, who encouraged all operators to pay close attention to the new requirements.

These new rules are just one of many issues on the radar of local carters, with zoning preparations front and center.

In addition to the BIC safety requirements, the pending DSNY safety requirements are set to also require carters to install telematics systems and back-up cameras if they don't already have them. Another set of recently proposed rules also lays out the expected annual franchise fee —more than $107,000 per zone contract — and how the waste audit system will work. A hearing is scheduled on those proposed rules next month.

It's still too soon to know if the proposed rules and associated costs will deter certain haulers from bidding on zones. Based on recently updated data, DSNY now has 50 responsive applications from its initial request for proposals. That list includes the vast majority of local haulers, including major companies Interstate Waste Systems and Waste Connections, as well as possible returning or new entrants Waste Management and Long Island-based Winters Bros. Waste Systems.

The second part of that RFP, which will have detailed specifications about how to bid on zones, is expected this fall. From there, the agency anticipates allowing three months to submit bids. The review and contract decision process will continue into 2022.

In the meantime, haulers will also have an opportunity to discuss pricing under the current system when BIC holds a hearing on the city's rate cap next month. BIC is required to hold a hearing every two years about whether the cap should be revised; it held the last one in fall 2019. The agency did not make a determination before the pandemic hit, so carters haven't seen a rate change since 2018.

Carters are expected to say they're dealing with a whole new set of financial circumstances stemming from lost business, as well as increased labor and supply costs. In a sign of how significant the effects were, many of the city's local carters received federal coronavirus relief loans. Waste Connections also recently reported significant ongoing effects for its own local operations. Changaris said local members feel it has become challenging to serve certain types of customers without a rate cap increase, and Biderman has heard the same.

“Until the transition to the zoning system begins, which may not be until late 2023, carters still need to be able to operate efficiently and profitably," Biderman said. "This requires the BIC to quickly evaluate the submissions from the carters and make a determination as to whether an adjustment is warranted."

With the delta variant of the coronavirus on the rise and growing questions about economic trends in the city moving forward, some believe this could be a make-or-break moment for certain local companies looking to stay viable and win a zone contract.

“I just hope that the companies who are currently in the city who want to be there can be creative enough between now and then," Changaris said. “It’s a unique time to be a carter in New York City." 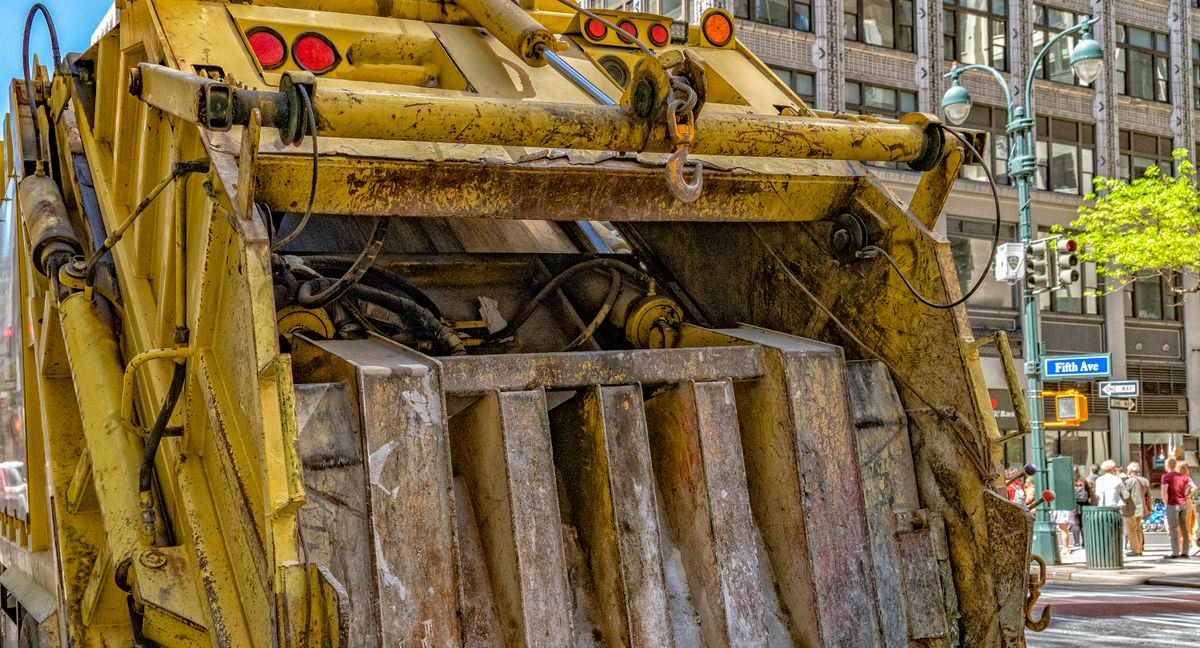 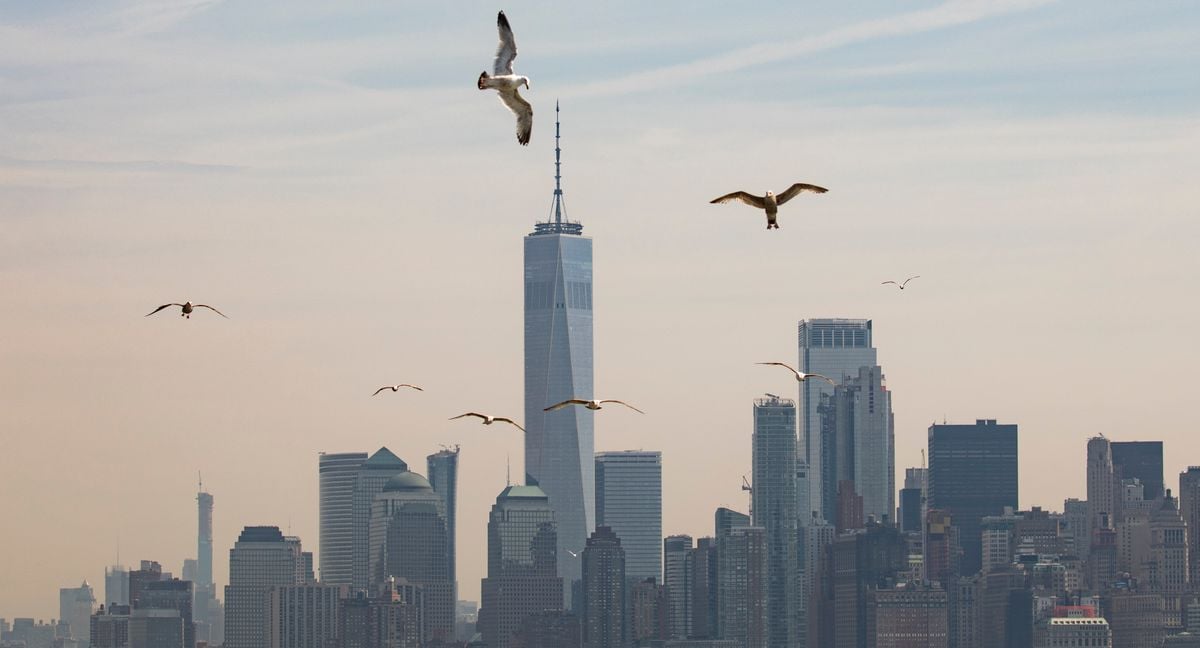 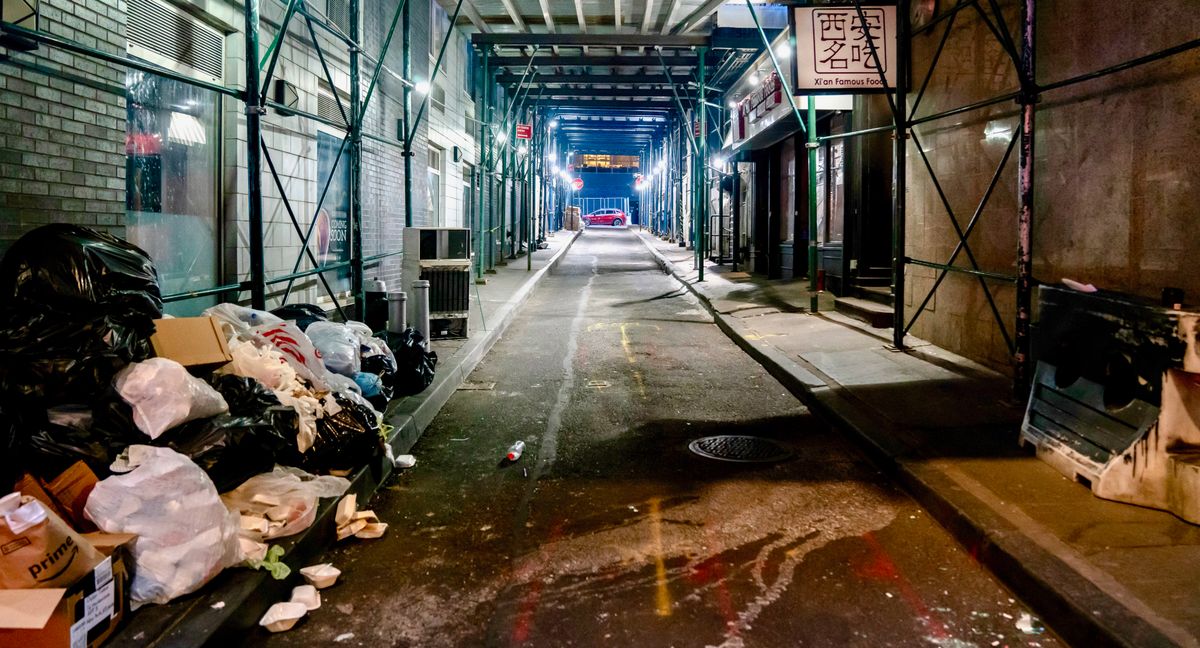 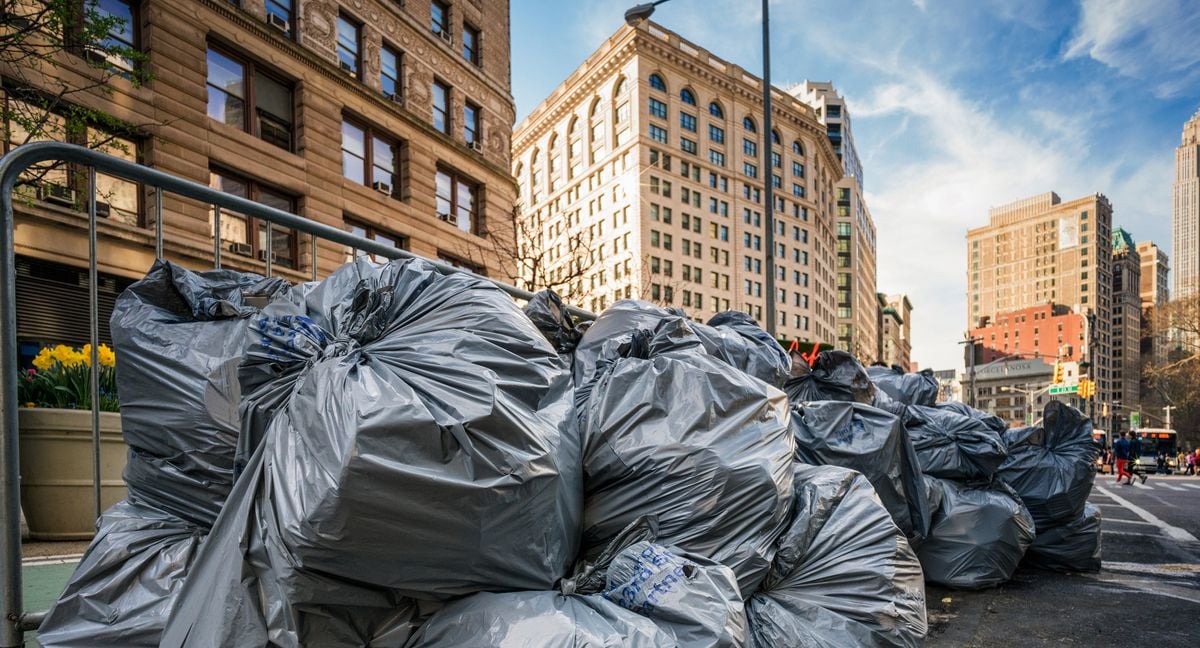 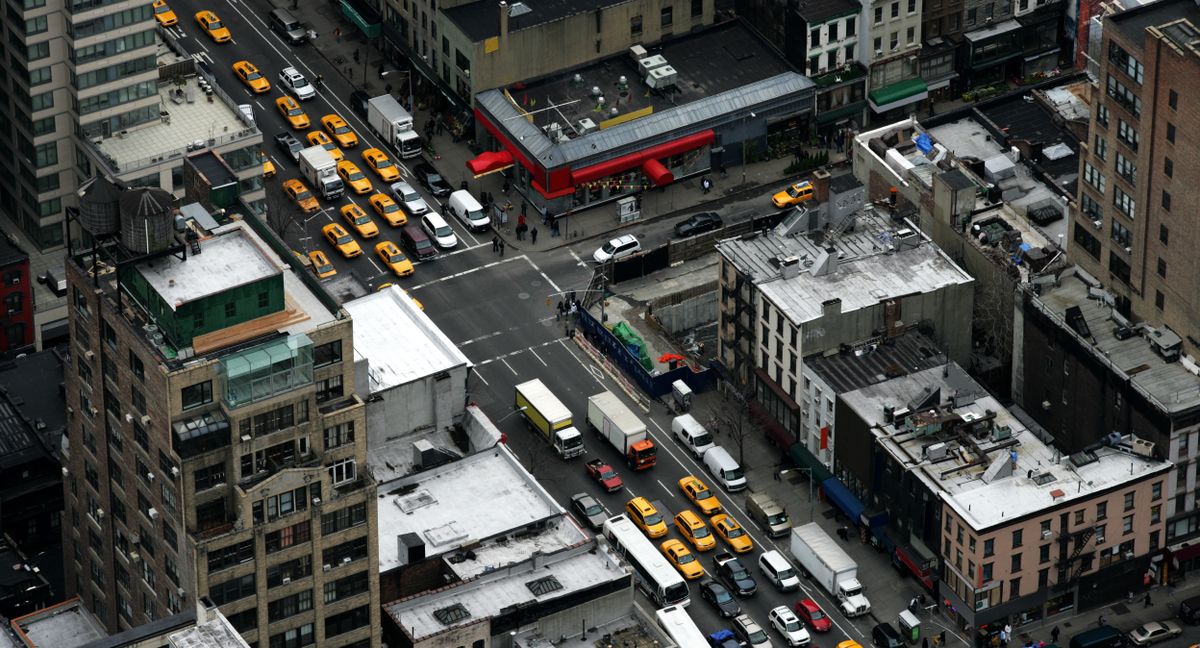 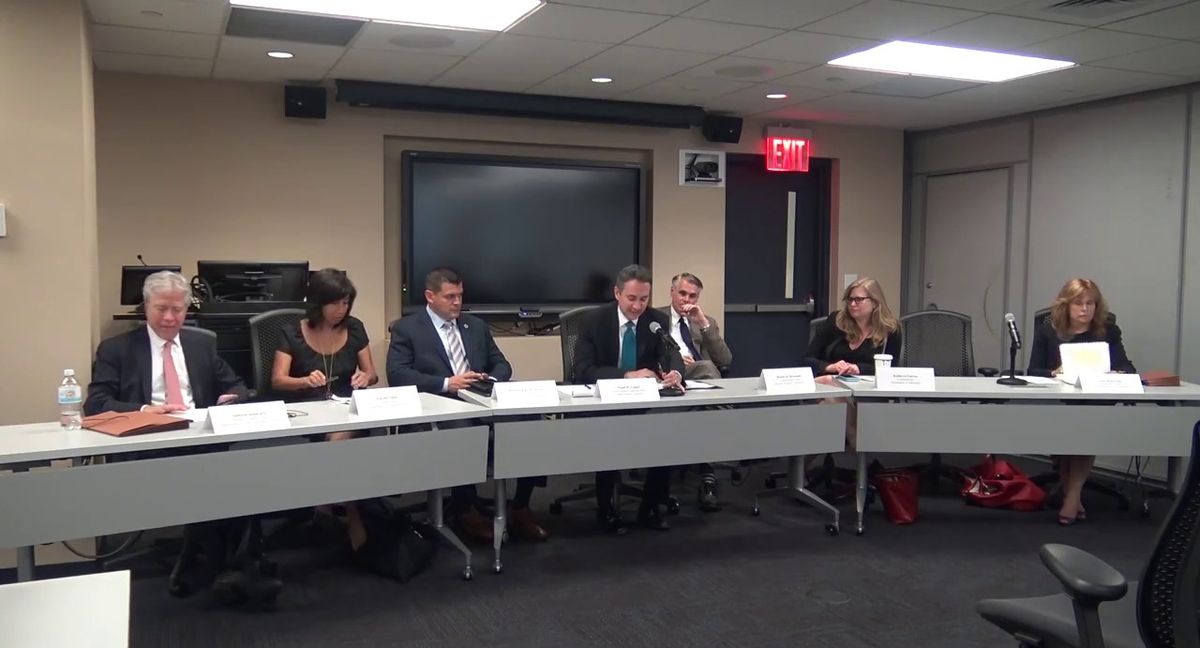 View all | Post a press release
CP Group Awarded NWRA’s Innovator of the Year
From CP Group
B Lab Global Announces 2022 Best For The World B Corps
From B Lab Global
Envirosuite announces strategic partnership with Byers Scientific
From Envirosuite
Center for Sustainable Behavior & Impact to Drive Improvement in Recycling Behavior and Boost …
From The Recycling Partnership
Editors' picks
Latest in Workforce
© 2022 Industry Dive. All rights reserved. | View our other publications | Privacy policy | Terms of use | Take down policy.
Cookie Preferences / Do Not Sell