Biden's Build Back Better is an opportunity for organics recyclers

Jeremy Brosowsky, CEO of Agricity, makes the case for why food waste reduction and composting should be a key part of the next administration's economic recovery and climate change efforts.

The following is a contributed piece and does not reflect an editorial position by Waste Dive.

When the race was called for President-elect Joe Biden, my team was fanned out at farmers markets across the District of Columbia and northern Virginia helping thousands of our friends and neighbors compost. I was only a couple of blocks from the White House when the spontaneous horn honking and general whooping it up began.

We all like to believe that food waste reduction is a non-partisan issue. But in this particular moment, it’s not. Organics recycling was on the ballot this year, and it won. As a sustainability entrepreneur, I am heartened and grateful that my fellow Americans came together to make Joe Biden the next president. His election – and what we choose to make of it as a country – will be a key to the growth of our business, and hundreds like it around the country.

I started Compost Cab in 2010 on the heels of the Great Recession. The idea was simple enough: make it easier for communities to compost, and support urban agriculture. We’re the kind of business politicians on both sides of the aisle like to crow about: locally owned and operated, creating green jobs. We were just about to begin celebrating our 10th anniversary back in March when COVID-19 came to town.

Those first weeks felt like an existential crisis. Our residential subscriber base held steady and even grew slightly, but collection weights per household increased by more than 35%, squeezing margins. Commercial customers –offices, restaurants, hotels – closed their doors, some for the foreseeable future, others for good. The future of our municipal drop-off program was uncertain because it wasn’t clear if farmers markets would remain open and, even if they did, whether there would be a budget to support our work.

Crises have a way of focusing the mind. Like hundreds of thousands of other small, independent businesses around the country, we’ve internalized the idea that survival is victory. But this election was about more than just a step back from the precipice. It’s a big step forward.

Joe Biden believes in climate science. He prioritizes carbon sequestration over fossil fuel expansion. Biden is committed to a massive infrastructure program built around sustainability. Even with Republican control of the Senate and a diminished Democratic majority in the House, Build Back Better in a Biden-Harris administration represents a once-in-a-generation opportunity to accelerate the growth of organics recycling on a national scale.

If you haven’t already done so, spend some time with the Biden climate plan. I like that it's called the "Biden Plan for a Clean Energy Revolution and Environmental Justice." You might think that's a bit much, but we can set aside the rhetorical flourishes and focus on the goal of "decarbonizing the food and agriculture sector, and leveraging agriculture to remove carbon dioxide from the air and store it in the ground."

That’s us folks. We’re part of the solution.

It’s just one bullet point among dozens of other priorities. Clean energy gets top billing in the conversation about climate. And as always when it comes to budgets, there will be internecine squabbling for resources among our friends and colleagues in sustainability. But no matter the eventual size and scope of stimulus efforts, organics recycling and food waste reduction is poised to thrive.

On day one, we can expect the Biden Administration to be laser focused on two things: controlling the coronavirus pandemic and bolstering the economy. Everything else will be filtered through the lens of these dual challenges. The new administration’s other priorities, including climate (rejoining the Paris Climate Agreement is another first-day priority), will be framed in an economic context. Food waste reduction and organics recycling ticks all the boxes: local economic development and resilience, green-collar jobs for blue-collar people, small-scale manufacturing, sustainable infrastructure to support a path to a carbon-neutral America.

All of this potential isn't news, of course. In 2016, I joined dozens of my colleagues at the White House for a first-of-its-kind Roundtable on Investing in Food Waste Reduction. It was clear to everyone then, as it is now, that sending organic material to landfills or incinerators is both bad for the climate and a lost circular economy opportunity. Organics recycling done right is a path to healthier, more just, more sustainable communities. Framed properly, food waste reduction is the kind of climate investment that even Republicans can love – which maximizes the chance that resources will survive the budget process.

Build Back Better is the time to advocate for a national director of food waste reduction. This person could work inside the White House as part of the Council on Environmental Quality and be tasked with coordinating efforts across all government agencies – the U.S. EPA, Department of Agriculture, Department of Education, Food and Drug Administration, etc. – to enable the leveraging of resources. Build Back Better is the moment to push for a dedicated circular economy section within the U.S. Small Business Administration to make it easier for environmental entrepreneurs to access resources.

In the waste management industry, the money has long flowed to Republican candidates over Democrats. According to the Center for Responsive Politics, political giving to Republicans has exceeded giving to Democrats every political cycle for the past 25 years, including 2020. The same is true in the agriculture sector. This money protects the status quo – landfills and incinerators, feedlots and factory farms. We can, and must, do better.

We all understand intuitively that food shouldn’t go to waste. Whether you’re a farmer at harvest, restaurant owner managing costs or a parent urging a kid to clear their plate, the message is straightforward. And we can do math. We know that more than 20% of what goes to landfills and incinerators is wasted food. We know that the methane this material emits from landfills is approximately 30 times worse for the environment than carbon dioxide on a 100-year timescale.

On Jan. 20, the Biden-Harris Administration will be ready to hit the ground running. We should be too. Individually, we can stay busy growing our own enterprises and doing work in our own communities. Together, we can change how people think about food waste in America and move the needle in the fight against inequality and climate change. It’s our choice.

Jeremy Brosowsky is the founder and CEO of Agricity, the Washington, DC-based sustainability-as-a-service company behind Compost Cab. He was a Biden-Harris 2020 policy volunteer. 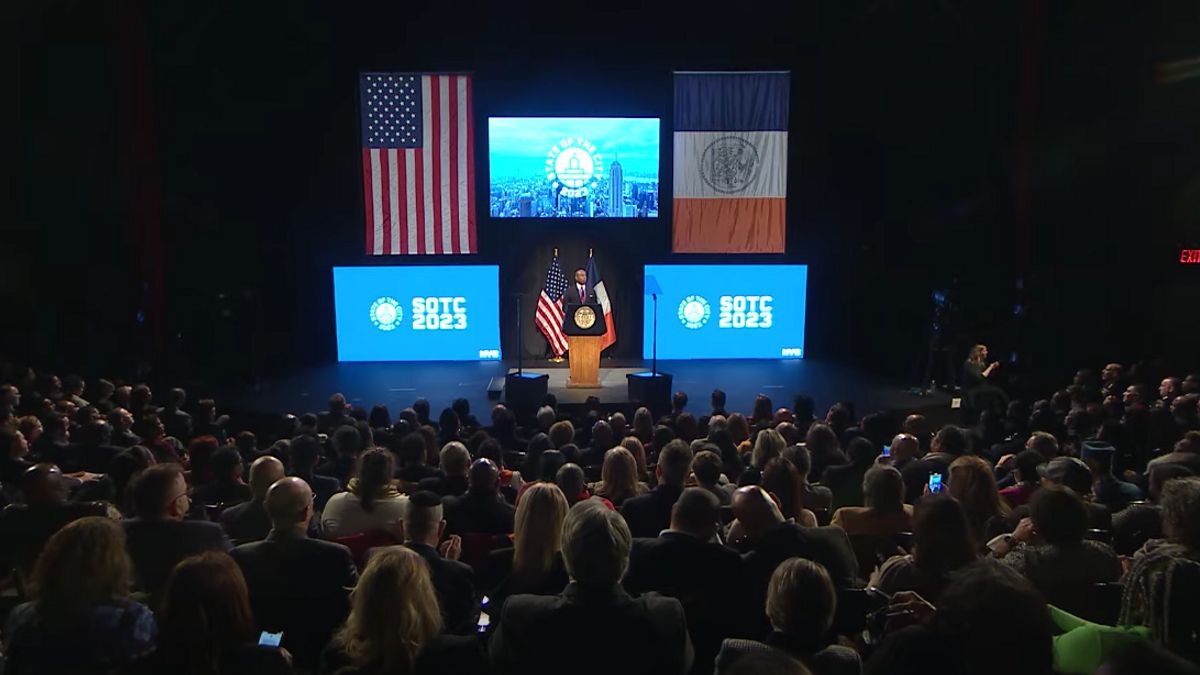