The first major change to the local refuse ordinance in 90 years will update a rate-setting process that resulted in significant overcharges.

San Francisco will update the way it sets refuse collection rates and oversees the integrity of that process, following the approval of a ballot measure on Tuesday. The move comes in response to a multiyear corruption and bribery scandal that has ensnared former Recology employees and city officials.

Proposition F passed with 67.44% support, according to election results updated on Tuesday night, marking the first time voters have approved a significant update to the city and county of San Francisco’s 1932 refuse ordinance. The measure had support from Mayor London Breed, Supervisor Aaron Peskin and other local elected officials — plus paid support from a range of business, labor and tenant groups — and no serious opposition.

The San Francisco controller will now become the refuse rate administrator, with the authority to recommend regular rate adjustments. Other changes include a ratepayer representative replacing the controller on the refuse rate board, as well as the board gaining authority to set commercial rates and request external audits of Recology's revenues and expenses. The San Francisco Board of Supervisors also gains the ability to further amend the city's refuse ordinance without going back to the ballot, if the changes receive a favorable recommendation by a specified set of rate-setting stakeholders and a supermajority vote.

Recology ended up with a lucrative lock on San Francisco’s collection service by acquiring all permitted haulers over a period of decades. In recent years, now-former Recology employees directed more than $900,000 worth of bribes to then-Department of Public Works Director Mohammed Nuru, who gave the company favorable treatment in rate and contract decisions. In 2017, Nuru recommended a 14.4% increase to the local refuse rate board — more than double what was later found to be justified. While Recology said this stemmed from an inadvertent calculation error, it was not reported to or addressed by city officials for many months.

This led to a $94.5 million ratepayer reimbursement agreement in March 2021. Last September, the company’s local entities also received a $36 million penalty from the U.S. Department of Justice as part of a deferred prosecution agreement for one count of conspiracy to commit honest services fraud. Last month, a report from Controller Ben Rosenfield's office found Recology charged another $23.4 million more than allowed and recommended the company deposit the funds into a balancing account to offset future rate increases. The company disputes portions of that report, but it has pledged to work cooperatively.

These events — as well as charges against Nuru, former Recology employees and others — provided momentum for this week’s vote.

“This entire government was guilty of either being complicit or being corrupt, and I think we’ve only just begun to see it, and we’ve only begun to address it," said Peskin at a Board of Supervisors meeting in March. “This is an object lesson in what happens when you let a company throw money all over this town and get too cozy with the regulators."

A related measure, Proposition E, to prohibit officials from accepting "behested payments" made by parties with business before the city, also passed on Tuesday.

This ordinance was inspired by multiple examples, including Recology, according to Peskin. Questions about $25,000 in behested payments from Recology led to the April resignation of Debbie Raphael as director of the San Francisco Department of the Environment. That prompted WM to once again call for a reevaluation of the city's decision to pass it over for a 2015 landfill contract in favor of Recology, but no further action has occurred on that front.

Recology has successfully overcome multiple previous ballot attempts to change its permitted monopoly, but it did not take that approach this time as city officials were also discussing bigger changes, such as municipalization of waste services or open bidding.

At the group’s latest public meeting, in December, participants circled around the approach that ultimately went to the ballot. Peskin said he envisioned the ratepayer advocate position being modeled after a past reform that affected utility company PG&E.

This week, Peskin said that "when I started this, I actually had a bias toward municipalization," but the process led him to a different conclusion. Challenging questions arose around locating space for a city transfer station — as well as the legal complexities of possibly taking Recology’s assets by eminent domain — and the startup costs "were daunting." For the open bidding option, something local competitors have long clamored for, Peskin said there were concerns about lower service quality.

“Our system was broken, but it wasn’t broken beyond repair, was [the conclusion] I think we ended up with," he said.

Recology initially disagreed with the ballot measure, spending nearly $390,000 in January to work on preparing its own. The company also ramped up lobbying spending from $15,000 to $50,000 per month in 2021, as reported by the San Francisco Standard, and records show that that pattern has continued. Recology dropped its parallel effort in late January, following the threat of a more stringent proposal from Peskin, and it came out in support of Proposition F last month.

When asked what led to this decision, Recology reiterated its prior statements.

“We have been committed to reform all along and preferred to work toward a consensus measure. As a sign of good faith and our desire to reach consensus, we pulled back our ballot measure — which was almost identical to that proposed by the city’s refuse working group, although it did preserve the voters’ role in determining refuse collection service,” said spokesperson Robert Reed via email. “Our priorities have remained the same all along: delivering best-in-the-industry, environmentally conscious service to our customers, and protecting the well-being of our employee-owners.”

Quentin Kopp, a backer of prior ballot efforts targeting Recology, said the real test will be what comes next.

“The repeal of the 1932 ordinance is merely the first step. More pertinent is whether Aaron Peskin or any other supervisor after July 1 then introduces an ordinance for the Board of Supervisors to pass which ends the Recology contract and provides for a competitive bidding process," said Kopp, a retired judge and former politician. “It’ll also be a test of the integrity of the 11 supervisors, because if anybody votes against such an ordinance after it's introduced, that means they’re still in Recology’s pocket and should be defeated for any re-election attempt.”

Proposition F in part allows the Board of Supervisors to consider “the standards and procedures for terminating existing route permits and the issuance of future permits subject to competitive bidding processes,” but Recology did not answer an emailed question about this possibility, and Peskin said he doesn’t currently plan to pursue it.

“That option is, I think, a last resort. I think we wanted Recology to know that we have the ability to go there," he said. "It would require a lot of consensus within the city, which is easier said than done."

Near-term priorities include beginning a new refuse rate-setting cycle (the first since the fateful 2017 process) and assessing whether further reimbursements are needed after Recology profited from a $200 million property sale to Amazon.

While a state case brought by local residents over the rate overcharges was recently decided in Recology's favor, other federal proceedings continue.

A civil case brought by the family of Adam Tabak — Recology's former corporate controller, who died by suicide in January 2021 — is seeking damages for wrongful death and other charges. Recology is currently seeking to compel those charges into an arbitration process.

Any change to Recology's position in San Francisco would be especially notable for its workforce because it is a 100% employee-owned entity. The union representing local collection workers recently negotiated a new collective bargaining agreement and said its members are optimistic. 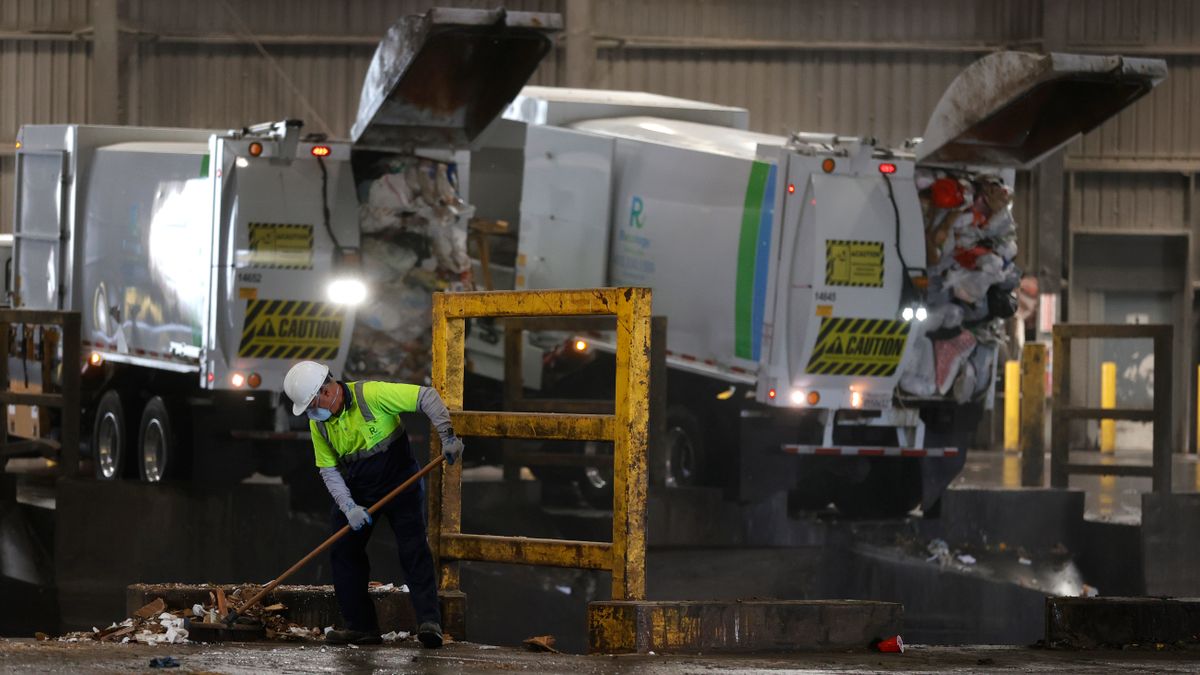 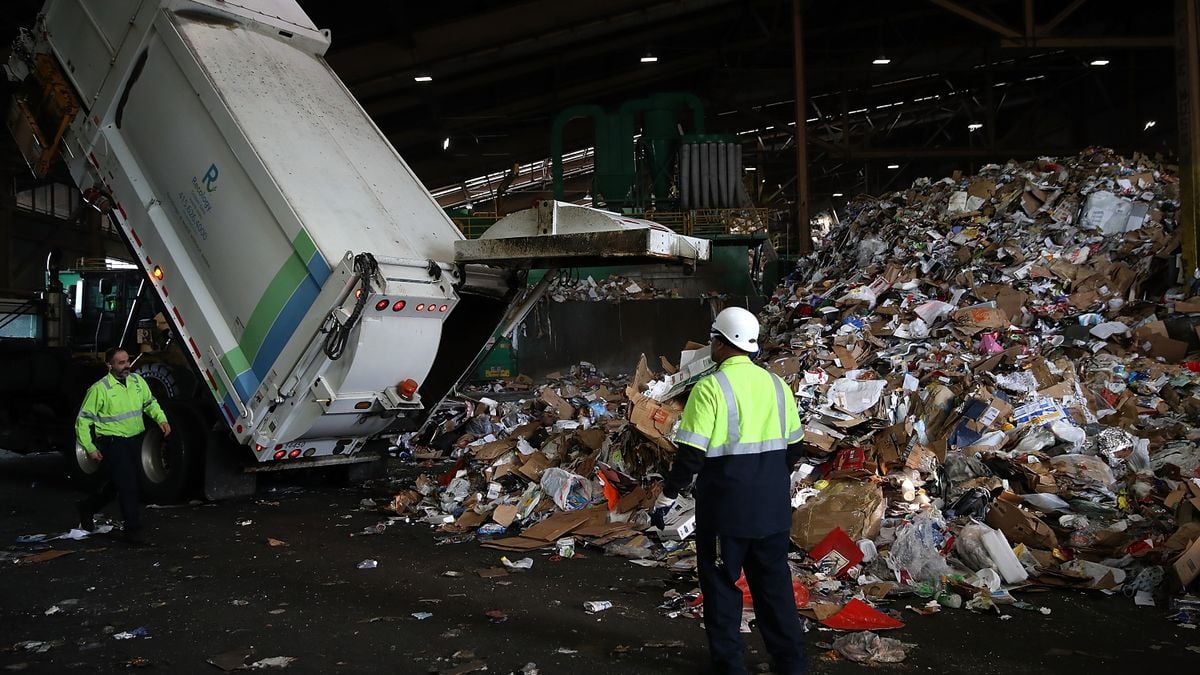 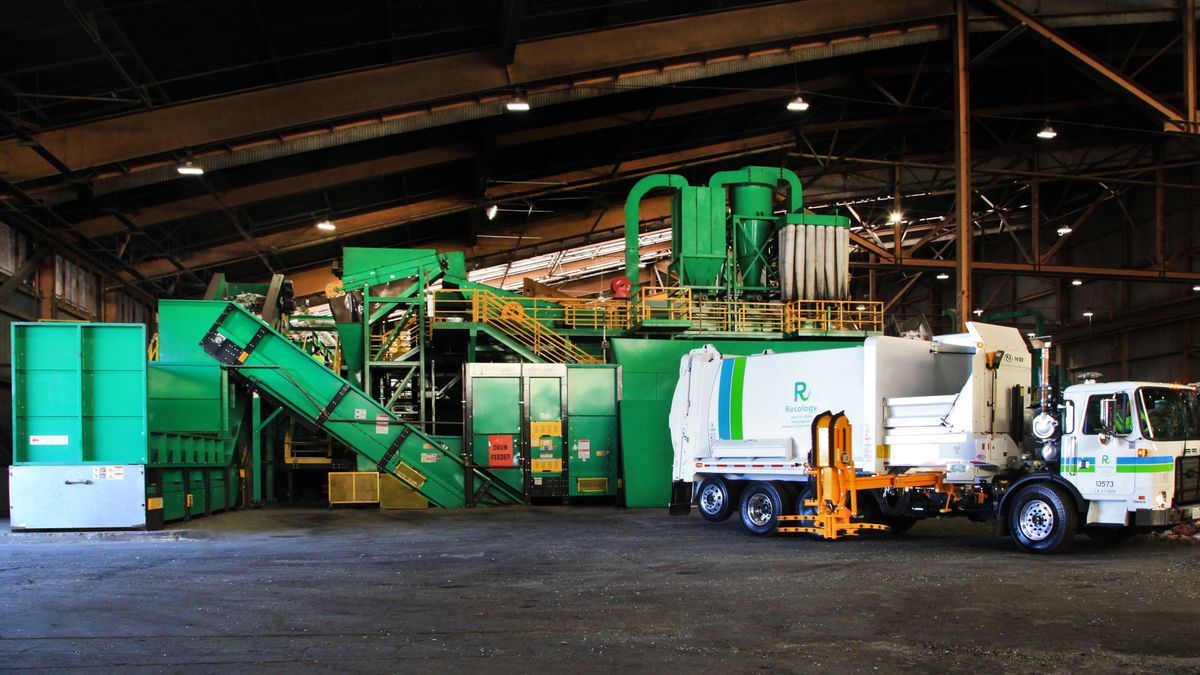 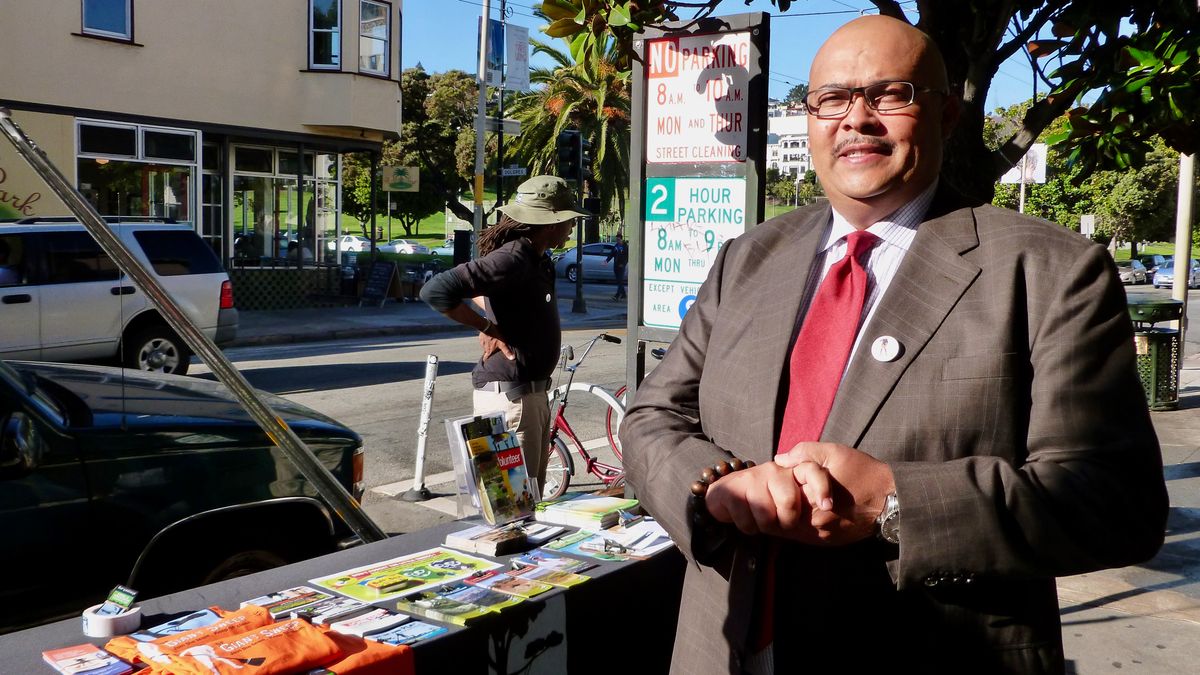 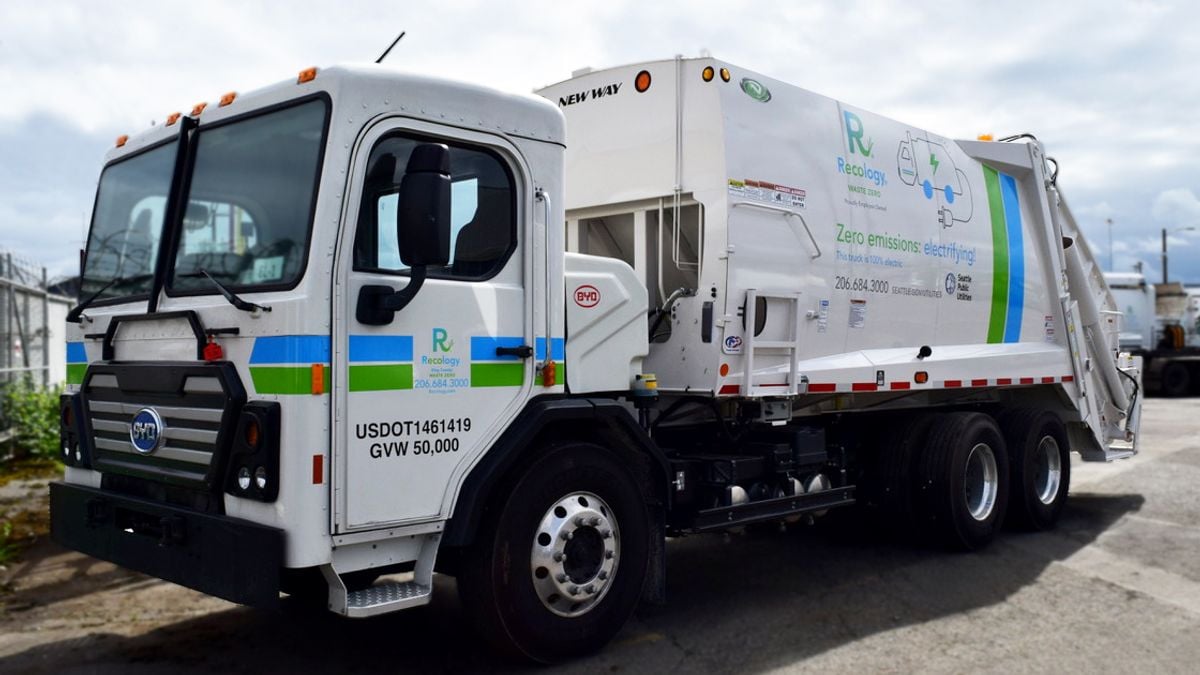 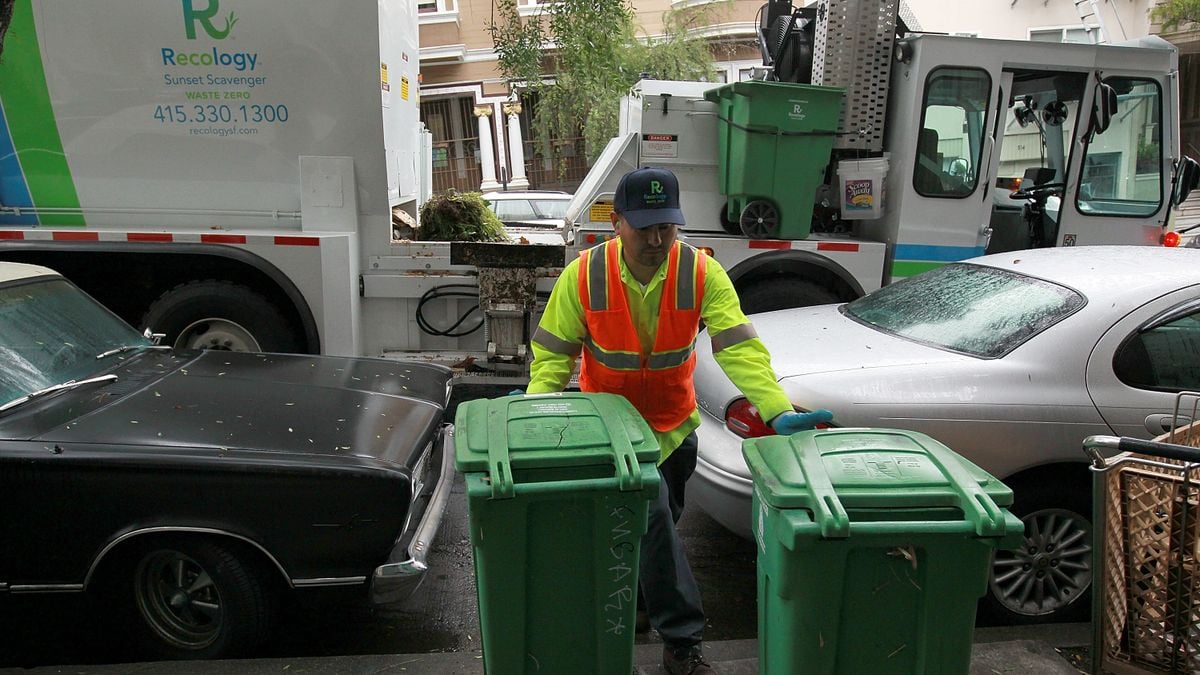 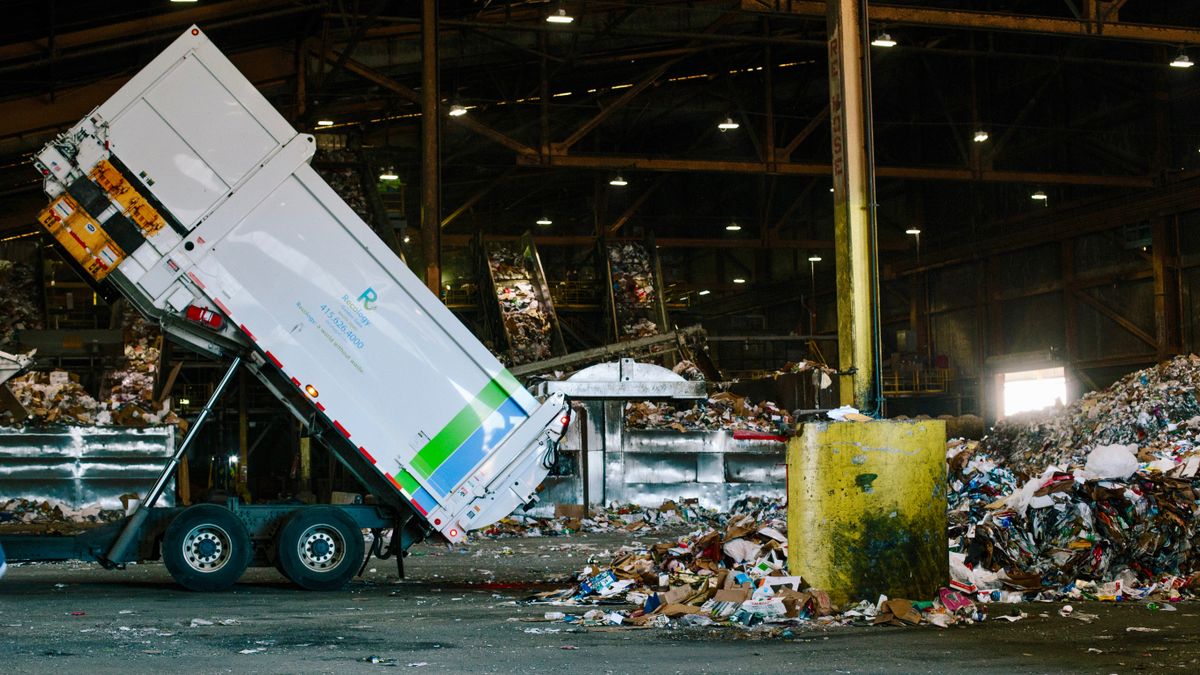