For Drew Lent, it's a no-brainer: operators of capped landfills should be considering adding solar panels.

As Northeast solar development lead for the consulting and engineering firm Tetra Tech, it is part of Lent's job to encourage solar infrastructure. But at this month's WASTECON, he took his appeal straight to industry leaders, arguing that investing in solar power could give their capped landfills a new lease on life.

"Seeing all this empty space, there's got to be something more that can happen on all these landfills," he emphasized to an afternoon crowd of curious industry members as they stopped by Tetra Tech's booth at the conference's exhibit hall in Phoenix.

Lent's argument is rooted in a number of factors, including finances. Capped landfills provide existing infrastructure, which can in turn be leveraged for a long-term, lucrative solar effort, thereby extending the use and worth of those areas. Turning to solar energy projects can also offset existing environmental costs, Tetra Tech is quick to point out, with capped landfills already requiring decades of costly upkeep once they hit capacity.

Enter solar panels. For the solar industry, landfills present an appealing option — they are quiet and low profile, attracting minimal vehicular traffic, and offer areas no more than eight to nine feet above ground, which is ideal for the panels to absorb sunlight.

Landfill operators, meanwhile, stand to gain financially from the "beneficial redevelopment of property" associated with projects, Lent asserted. Solar efforts also offer limited liability for operators, reducing the risk factors that might otherwise pose a hurdle to pursuing such a project.

But not all capped landfills are innately suited for solar farms. Typical components of a solar facility include panels anchored to a racking system, structural support (usually involving a concrete ballast, augured piers, and driven piles), and string or central inverters, as well as interconnection transformers. A battery electric storage system, or BESS, is also key, as is a weather station and a source of performance monitoring.

Other logistics include a security fence and access roads. Above all, the facility needs to be connected to a grid, which is where many solar efforts run into trouble.

Sites that already have landfill gas systems are in the best position to transition to solar projects, Lent said. Those sites have pre-existing infrastructure that can connect to a nearby grid, thereby mitigating any issues while allowing them to continue serving as an energy source. "It's what I like to call 'Landfill to Energy 2.0,''" he said, beaming.

For operators considering solar efforts long-term, Tetra Tech advises "thinking about it early." That means looking to install infrastructure now, rather than later. Communicating with both internal and external stakeholders can also help smooth the path forward. Reaching out to neighbors and the local municipality is helpful for mitigating any potential issues.

Looking into design studies is also prudent. Solar projects require a number of inspections, including an electrical interconnection impact study, a solar assessment, a geotechnical investigation, and a storm water management check, along with a likely environmental due diligence probe and potentially a wetlands delineation and species accommodations. Looking into all of that before a landfill is capped rather than afterward can ease the process, Lent said.

"Design with solar redevelopment as a possible end use," he suggested.

But if conditions are favorable and infrastructure is in place, landfill operators interested in pursuing solar energy infrastructure are mostly in the clear. That's especially true on the regulatory side. The Environmental Protection Agency (EPA) has embraced efforts to use landfills and similar sites for renewable energy projects and offers tools and resources to help operators decide if pursuing such an option might be viable.

"Having regulators who actually like what you're doing is really appealing in a way," Lent said, to a few nods from audience members.

Some states are also showing support for repurposing landfills as solar farms, with incentives available on both a state and local level, depending on location. Operated by North Carolina State University and funded by the Department of Energy, the Database of State Incentives for Renewable Energy can help landfill operators assess what options might be available to them.

Lent told Waste Dive that Maryland is one place where solar incentives are strong and landfill operators are already taking advantage. This October, a former landfill in Prince George's County became the site of the state's first large-scale solar farm. Gary Skulnik, CEO for the solar company Neighborhood Sun, called that landfill a "perfect place for a solar farm," according to a WAMU report.

There are still drawbacks to converting closed landfills to solar projects, including potentially hefty costs for inspections and infrastructure installation. Panels also have to be installed with care to avoid any damage to a landfill's final cover system. But those initial hurdles don't appear to be stopping momentum in some parts of the country.

Data from the EPA shared in January indicated that a national embrace of renewable energy is slowly taking hold on brownfields in many states. At the time, the agency said that there were 311 renewable energy projects currently in the works on 289 previously developed industrial sites, such as landfills, generating around 1.56 gigawatts of capacity. The majority of those projects are in Massachusetts, New Jersey and New York, but other states are also gaining momentum. While the Northeast is home to only 7% of the country's landfills, the region has emerged as a hot spot for brownfield-to-solar conversions.

However, the trend is growing beyond the region, with landfill projects also completed in Georgia, Maine, Maryland, Vermont, and Tennessee this year.

Those efforts have been helped along by positive media visibility, Lent said. Solar energy is seen as beneficial for the environment and an alternative to fossil fuels at a time when the U.S. public is increasingly concerned about climate change. While landfills have struggled with perception problems, companies like Tetra Tech argue that solar projects can boost corporate image, in addition to helping meet sustainability goals.

That might not be enough to persuade all landfill operators, but Tetra Tech will likely keep trying. "I've never heard anyone say a landfill was a terrible site for a solar project," said Lent. 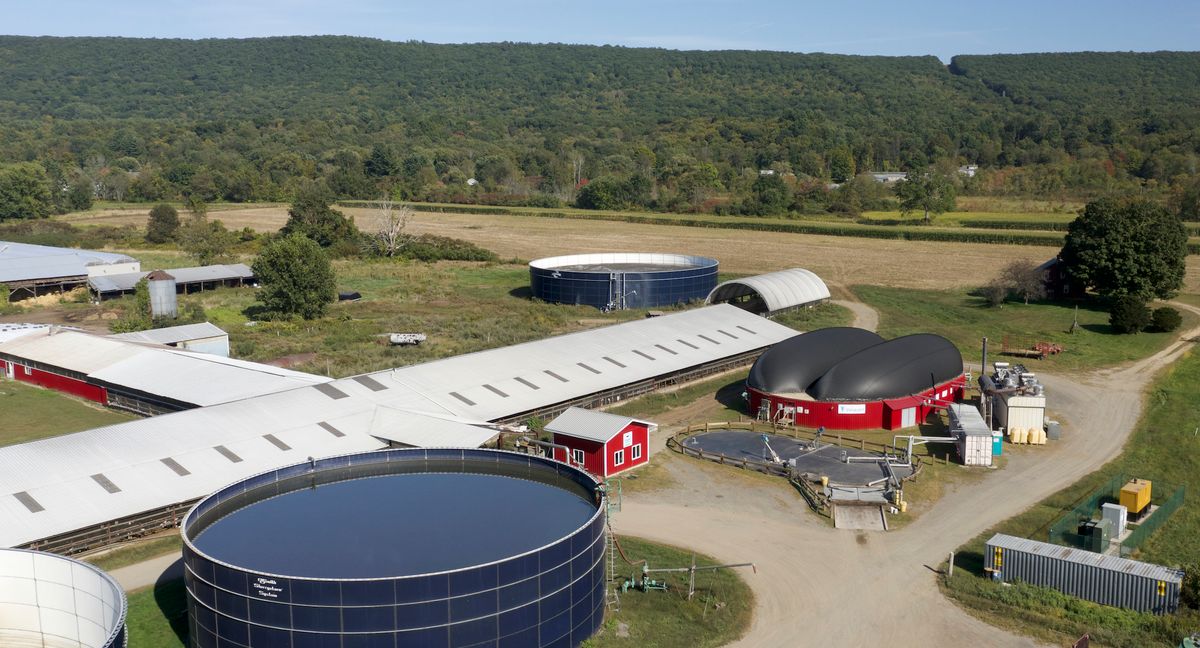