Why accessibility is vital to driving recycling behavior

True or false? A majority of consumers recycle their used products to keep them out of the landfill.

True. In a recent Nielsen survey of 6,000 North American consumers, nearly 6 out of 10 respondents said they recycle weekly or more and that recycling is the green behavior they do most frequently. The survey was commissioned by Call2Recycle®, North America’s first and largest consumer battery stewardship program.

False, however, when it comes to battery recycling. More than half of the Nielsen respondents indicated they were aware of battery recycling in their communities, but only 4 out of 10 classified themselves as battery recyclers. The top two reasons people said they didn’t recycle batteries: It’s easier to throw them away in the trash and they didn’t know where to recycle them.

Which begs the question: if it’s easy and recycling was more accessible, would more consumers make the effort to recycle? 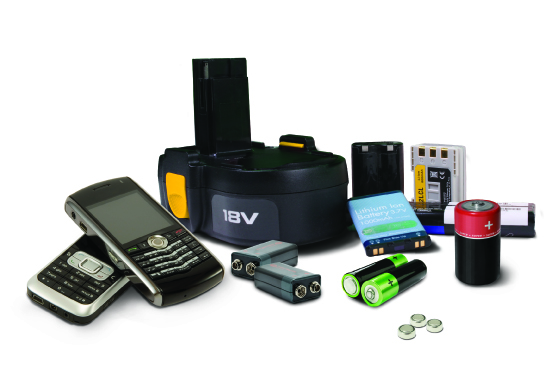 Battery recycling behavior is driven in a large part by accessibility, or convenient access to drop-off locations. In the survey, respondents who didn’t recycle regularly indicated that they would if it was more convenient. But what’s convenient for one person may not be convenient to another.

For example, curbside recycling, generally limited to plastics, aluminum, glass and paper, has a much higher recycling rate because the drop-off is so convenient. Recycling rates for batteries, CFLs and electronics drop significantly because they are generally not recycled at the curb. Almost 60% of survey respondents indicated they would be very or extremely likely to recycle batteries if their community offered curbside pickup. For batteries, it’s even more challenging. Curbside recycling is limited to single-use batteries because handling rechargeable batteries can be dangerous and often requires special packaging as prescribed by the US DOT.

Distance. Past Call2Recycle research found that consumers were willing to drive up to 10 miles to recycle their batteries. Using this as a guide, Call2Recycle created a network of more than 30,000 drop off sites in North America, including retailers and local recycling centers. More than 87% of North American consumers have access to a public facing Call2Recycle drop-off site within 10 miles. The 10-mile metric is the general standard for most materials not recycled curbside.

Logical connection. Recycling behavior increases when there is a logical connection in the consumer’s mind between the batteries and where they were purchased. Because most rechargeable batteries are sold with products such as power tools, laptops or mobile phones, home improvement and electronics retailers are logical sites for convenient recycling. Over half of the respondents said they would be likely to participate in battery recycling if the drop-off location was where they shop for groceries (51%).

Multiple recyclables. Recycling rates also increase as the number of items being accepted for recycling increases. Overall 72% of US respondents indicated they recycled batteries along with other items because it was more convenient. One-stop recycling depots and hazardous waste centers are a popular ways to collect household items such as batteries, paint, CFLs and household chemicals. On the downside, mix-stream recycling makes items harder to identify and sort, reducing the economic benefits.

With annual sales of more than 6.5 billion single-use and rechargeable batteries in the US alone, (Kelleher Environmental, 2016), changing current consumer behavior is critical to increasing battery recycling.

Will consumer battery recycling behavior change overnight? Probably not. But there are reasons to be optimistic. In the survey, consumers indicated a willingness to change their behavior. For example, urban consumers are more likely to recycle batteries due to climate change / global warming concerns while rural consumers are concerned about the toxic materials going into the landfills, according to the Nielsen survey. Messaging tailored to the specific group’s motivation is being considered.

When combined with demographic data, the Nielsen survey is also helping Call2Recycle to better identify areas that are underserved or underutilized and the population groups that are not recycling as a first step in guiding program resources. Despite the hurdles, our commitment is to inspire consumers to take action and recycle their batteries--a challenge we can all embrace on behalf of our environment.