Houston could get a new plastics processing facility as early as 2024 if a deal among ExxonMobil, LyondellBasell and Cyclyx goes through.

ExxonMobil and LyondellBasell announced tentative plans last week to invest in a $100 million plastic scrap sorting and processing facility in Houston. The city hopes this will raise its profile as a circular economy hub, but environmental groups say it will enable major plastics makers to sidestep lingering plastic pollution issues.

The facility, dubbed the Cyclyx Circularity Center, is meant to generate feedstock for both mechanical and chemical recycling processes and supply postconsumer plastic feedstock for ExxonMobil and LyondellBasell’s plastic production systems. It will be run by Cyclyx, a consortium of  companies involved in the plastics supply chain founded in 2020 as a spinoff of pyrolysis company Agilyx.

Though LyondellBasell notes the development is not final and is “contingent upon a final investment decision in early 2023,” the groups say they expect the facility to start up in 2024 and produce up to 150,000 metric tons of feedstock per year if the deal goes through.

Cyclyx CEO Joe Vaillancourt said in an email that the facility aims to also raise the regional recycling rate by creating community recycling programs “which will increase access to plastic recycling opportunities throughout the city,” though details on who the company will partner with and how initiatives will be rolled out are still in development.

Plastics industry representatives, Cyclyx and the City of Houston say the partnership is a model for future plastic recycling initiatives and a sign that Houston is broadening its reputation as an oil and gas hub into one with greener recycling strategies.

“In Houston, we recognize the power that a circular recycling economy holds when it comes to resilience and sustainability,” said Mayor Sylvester Turner in a news release applauding the Cyclyx announcement.

Houston Solid Waste Director Mark Wilfalk said the CCC will fit in well with the city’s other recycling initiatives, including the Houston Recycling Collaboration — a partnership between Houston, ExxonMobil, LyondellBasell, Cyclyx and FCC Environmental Services that the group says is meant to “significantly increase Houston’s plastic recycling rate” by leveraging new technologies and infrastructure.

However, other groups say they are wary of such announcements and the role major plastics manufacturers play in the process. Though the CCC plans to process plastics both for mechanical recyclers and chemical recyclers, the facility’s connection to the chemical recycling world has brought it under environmentalists’ scrutiny as part of the ongoing debate over its function and impact on the environment.

Jan Dell, founder of the Last Beach Cleanup, said in an email that the major funding announcement from ExxonMobil and LyondellBasell “is not a sure thing,” signaling that major plastics manufacturers are making promises they may not be able to keep, especially since there have not been any announcements about site selection or a hiring process for the facility. Cyclyx originally announced plans for a 60,000 metric ton-per-year sorting facility in December 2021 meant to feed ExxonMobil’s pyrolysis plant, saying in December 2021 that it aimed to open the site this year.

The site for the CCC has not yet been selected, Vaillancourt confirmed.

Vaillancourt said the CCC is “not a chemical recycler,” but an operation meant to plug into the larger plastics recycling puzzle by focusing on collection and processing with the aim of turning the material into a recycled plastic feedstock.

Environmental groups such as Beyond Plastics have long said chemical recycling doesn’t solve the plastic pollution problem. They instead call for more of a focus on reducing plastic use and production. Others believe chemical recycling will enable more plastic production, not less, or enable feedstocks to be used as fuels instead of new plastics.

Chemical recycling supporters and opponents have also long disagreed on the concept’s purpose. Supporters such as the American Chemistry Council say scaled-up chemical recycling technology, and the related sorting facility Cyclyx has announced, can make up for problems with mechanical recycling.

“A bottleneck to advanced recycling is getting the supply of used plastics. This facility will help overcome that supply constraint so more used plastics can be remade into new plastics,” said Matthew Kastner, a spokesperson for ACC’s Plastics Division, in an email.

But detractors say plastic is being produced worldwide at faster rate than ever, and recycling rates are too low to make a major dent in the problem. A recent report from Greenpeace says only about 5% of U.S. plastic was recycled last year, and that no plastics in the U.S. meet the definition of recyclable used by the Ellen MacArthur Foundation’s New Plastics Economy Initiative. EMF’s metric is a 30% recycling rate. Recycling industry groups dispute those findings, however.

Companies such as ExxonMobil, Chevron Phillips Chemical and LyondellBasell have all recently made investments in chemical recycling technologies, saying that recycled plastic could represent an important, sustainable feedstock for their manufacturing process. Organizations such as Greenpeace say the announcements represent minor investments compared to the companies’ overall profits and may not make meaningful strides in recycling plastic, signaling the tactic could be “greenwashing” or “wishcycling.” 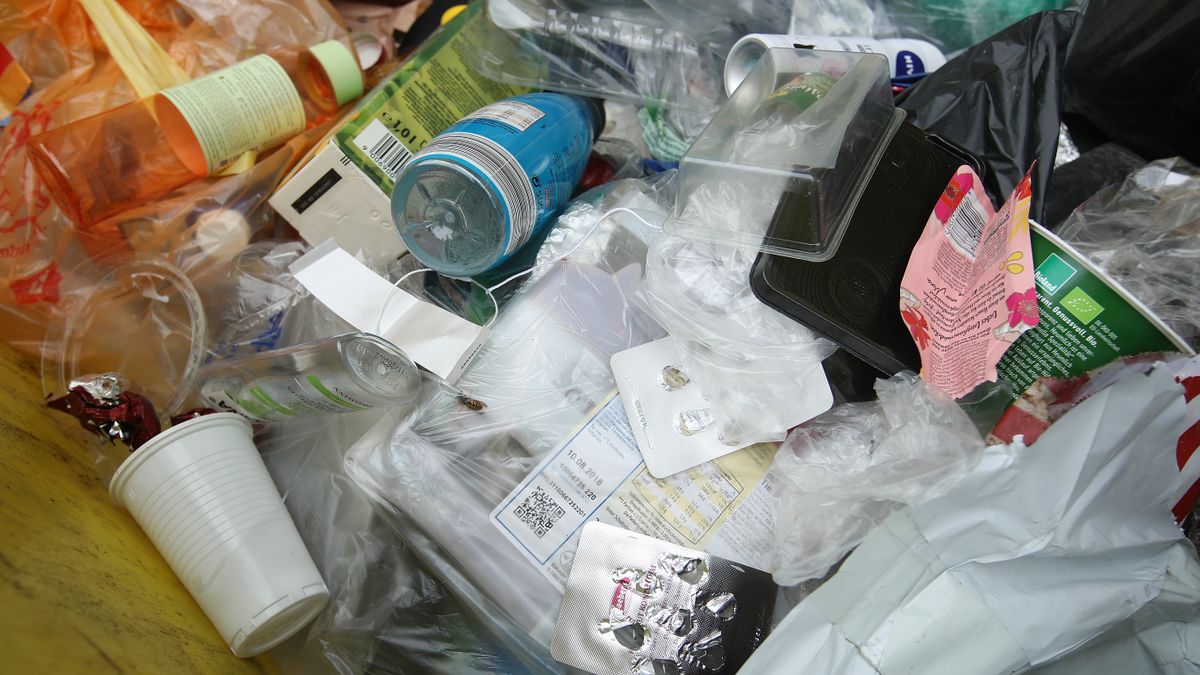