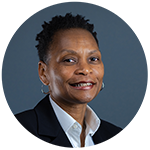 Glass recycling presented a huge problem to a city with many urgent needs. The weight made it nearly impossible to transport at a reasonable rate and profits in glass recycling have shown steep declines. In addition to collecting glass, Empire also has agreed to sweep and pressure wash the streets and collect the waste produced by the city's horse and mule carriages as well as operate smaller, alternative fuel trucks on the narrower historic streets. No wonder then that the city declined bids of $6.8 million from Richard's Disposal Services and $5.7 million from Progressive Waste Solutions.

Subscribe to Waste Dive to get the must-read news & insights in your inbox.

Press Release from
The Recycling Partnership
Filling the Gap: Unique Industry Council Aligns on First Milestone for Unlocking the Pathway...

Press Release from
The Recycling Partnership