Rubicon’s stock has struggled since going public. Is the SPAC trend to blame?

The tech company — which brokers waste and recycling services — rang the opening bell on Wall Street this week after its founder stepped down as CEO. Analysts say a turnaround is still possible.

Rubicon executives rang the opening bell at the New York Stock Exchange this week, but that moment of celebration belied a rocky start for the company’s first two months being publicly traded. Analysts say broader trends with SPAC deals could be a reason, but that’s not the only factor.

The company, which bills itself as a “digital marketplace” for waste and recycling services that are provided by third-party haulers, first announced plans to go public via a transaction with Founder SPAC last December. At the time, Rubicon projected it would receive estimated proceeds of $432 million and close the deal during the second quarter of this year.

Ultimately, timing slipped into the third quarter with proceeds around $197 million. Its stock price closed at $6 per share on the first day of trading, Aug. 16, but saw a steady decline to the low $1 range before rallying to close at $2.27 on Thursday.

Shortly after going public, Rubicon also changed its accounting firm — considered a rare move right after going public — and entered into a standby equity purchasing agreement to potentially raise more funds. From there, the company’s stock price saw a steady decline and founder Nate Morris exited the CEO role last week. Chief Technology Officer Phil Rodoni will now step into the top job. These developments have left some observers scratching their heads about where the company goes from here.

"I think the biggest thing is that it's viewed as a tech marketplace,” said Hamzah Mazari, a managing director at investment firm Jefferies who was an advisor to Founder SPAC in the transaction. Speaking in late September, Mazari cited similar stock price declines at tech companies such as Airbnb, ThredUp, Etsy, Farfetch and DoorDash, while noting that Rubicon’s drop had been more pronounced. Mazari also noted that, aside from the Guardians of New Zealand Superannuation fund, Rubicon’s biggest shareholder by far, the majority of investors are hedge funds which “generally creates a lot more volatility in the stock.”

Beyond Jefferies, only two other firms — Canaccord Genuity (which advised Rubicon in the deal) and Cantor Fitzgerald — have initiated investment coverage on Rubicon to date. Analysts at the two firms did not respond to multiple requests for comment. Mazari recently said his positive outlook remains the same following Rubicon’s latest news.

Rubicon declined to comment for this story, citing a quiet period ahead of third quarter earnings results that are expected to be released in November.

Financial experts note that the path for de-SPAC transactions has been especially challenging this year, building on a tough landscape exiting 2021. The term de-SPAC essentially refers to a reverse merger, in which private companies are acquired by a special purpose acquisition corporation in order to go public.

Matthew Kennedy, a senior IPO market strategist at Renaissance Capital, said the SPAC bubble has burst and his firm has tracked an average return of negative 58% for recent transactions. Renaissance is a provider of IPO-focused exchange traded funds and research. He said it’s not uncommon to see the value of de-SPAC companies drop by as much as 50% to 60% post-merger, but Rubicon’s trajectory was more pronounced.

"The deal structure has suffered some reputational harm and valuations that were struck months ago now appear fairly rich,” said Kennedy, speaking on Tuesday. "Rubicon's performance does put it in the bottom quartile of this year's SPAC mergers."

While SPAC deals were once viewed as an attractive way to go public, that perception has shifted.

"The common buzz in Silicon Valley as of late 2020 was a SPAC merger has significantly lower disclosure and regulatory oversight, so it's kind of a back door that way ... It's going to be a much faster path to going public than a traditional IPO because of this lighter regulatory regime, and you can get it done quick,” said Crocker Coulson, CEO of AUM Media. "Fast forward two years, none of those things are true today."

Coulson, whose firm advises on investor relations, said the SPAC concept historically focused on smaller transactions with less buzz. The concept gained greater interest in recent years as a way for companies to negotiate their own valuations and potentially have fewer disclosure requirements than an initial public offering.

Now, between greater scrutiny from the Securities and Exchange Commission and concerns that an excise tax on stock buybacks in the Inflation Reduction Act could be applied to SPACs, he’s seeing more of them choose to dissolve early. According to Coulson, speaking in early October, there are an estimated 500 SPACs with $146 billion that haven’t found an acquisition target yet.

Kennedy said the IPO market isn’t much better, describing this as the worst time to go public "in at least a decade,” with 2022 on track to be the lowest year for IPO proceeds in his firm’s 30-year history.

Rubicon’s financial statements paint a picture of optimism, with revenue projected to grow from a potential $736 million this year to $1.596 billion in 2024 at increasing levels of profitability.

In the meantime, the company’s second quarter gross profit margin was 3.3% — considered lower than average — though it reported an adjusted margin of 7.7%. Rubicon is projecting a net of loss $66.4 million for this year. Those losses may moderate in future years, but this growth plan is dependent on a variety of factors.

"They have some breathing room but they're really counting on that big jump in revenue margins,” said Kennedy, who noted that Rubicon could also benefit from the traditional resiliency of waste companies during economic downturns. "If they meet those forecasts then I think they’ll be in a good place, just the market obviously is showing some skepticism that they'll be able to pull that off.”

Mazari said positive factors include the fact that Rubicon has many long-term contracts (unlike commonly cited comparisons, such as Uber), ample opportunity for acquisitions that are a key part of it growth plans and is expected to eventually generate more recurring revenue from its city software division.

"They can be in growth mode and still get value from public investors,” he said. “They're OK taking a lower margin as long as the revenue growth is there, just because the tech investors value revenue growth."

Rubicon is known in the market for lower pricing and observers say its margins may be strained by a focus on national accounts such as Walmart, Amazon, Starbucks and many others.

While major companies such as WM and Republic Services used to compete more aggressively for such customers, Mazari said they’ve gradually moved away from lower-margin national accounts and brokerage opportunities. WM didn’t see the level of results it anticipated after acquiring broker Oakleaf in 2011, and Mazari said Rubicon will have relatively little competition in attempting to consolidate a broker market worth an estimated $10 billion in revenue.

While many factors will play a role in Rubicon’s future results, one of the more unknown elements is whether the company will continue marketing itself as a challenger to major waste companies (whose landfills it still uses) in the same way now that Morris is stepping back.

The company’s promise to be a disruptor has garnered countless headlines, and a $1 billion “unicorn” valuation at one point, but that has also made for a bumpy road along the way and resulted in a different financial picture today. Mazari, who also covers major waste companies, sees this as a potential opportunity to pivot.

"People like to talk about tech disruption and being a disruptor to the industry and all that. We view Rubicon as having good tech ... but our sense is they're better served if they work with the sector than try to work against the sector,” he said. “I would think that could actually help their valuation." 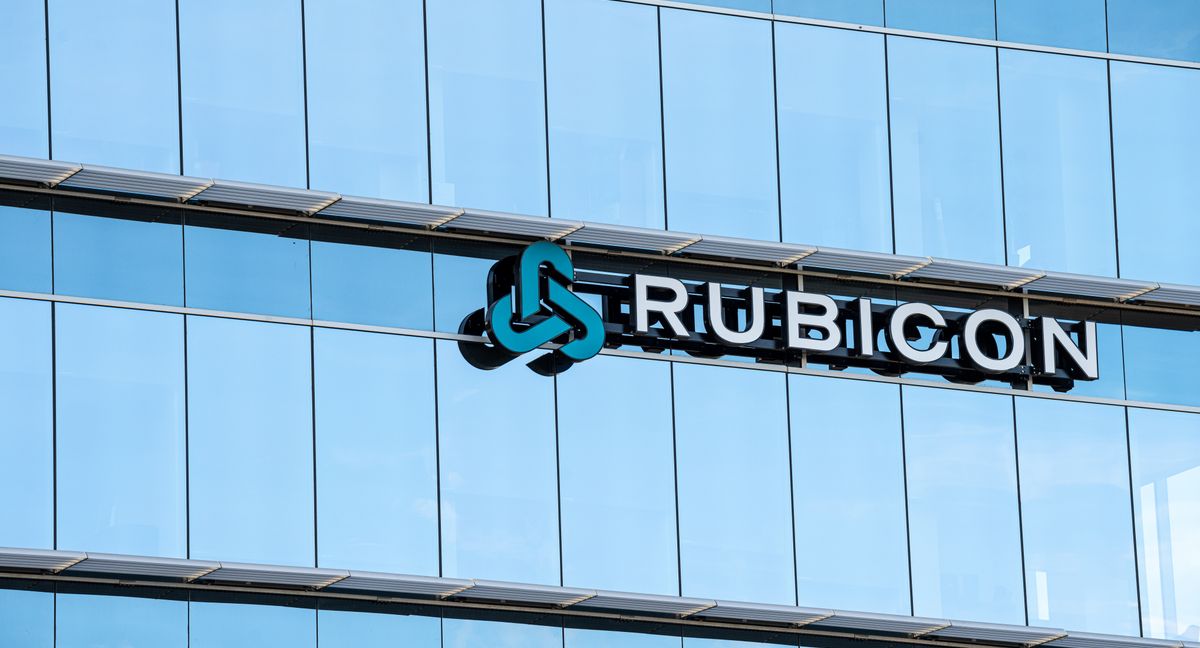 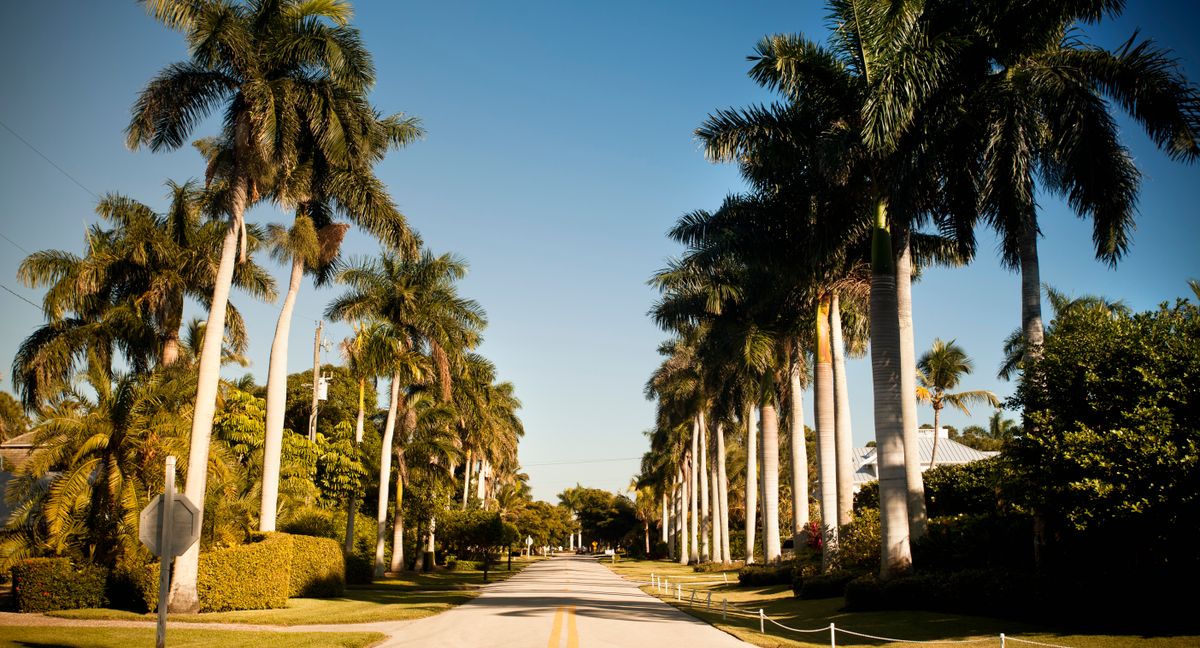 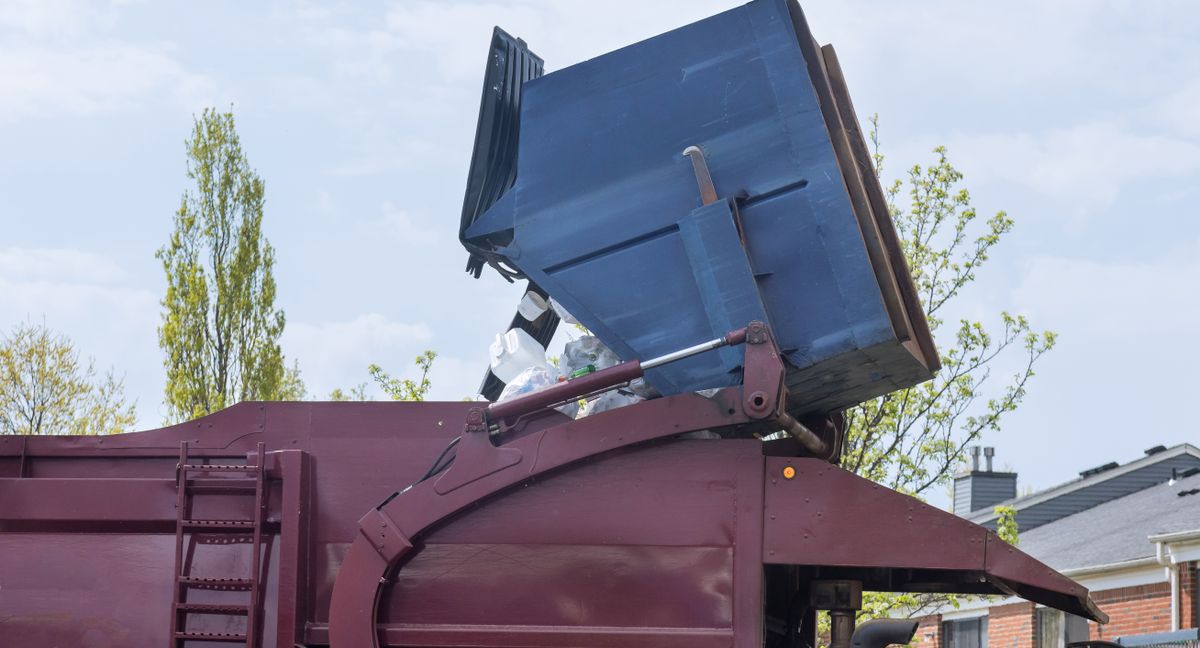