Tracking ESG climate targets from US waste and recycling companies

Major industry companies are increasingly disclosing their greenhouse gas emissions, and plans to mitigate their effects on the climate, in detailed sustainability reports. Stay up to date with our ongoing tracker.

The U.S. waste and recycling industry may be at an inflection point in its evolution, as the risks and opportunities of climate change loom large over the decades ahead. Expectations around environmental, social and governance (ESG) reporting have evolved at a rapid pace, leading many major public companies to take new steps in how they’re talking about these issues. Within a span of two years, the waste sector saw a notable uptick in greenhouse gas emissions reduction targets and details around its role in mitigating climate issues.

As this unfolds, Waste Dive is maintaining a tracker with the key targets, data and focus areas for every public company and any private companies that disclose an emissions inventory. This page will be updated with relevant environmental information from annual sustainability reports, and may grow to include new companies or parts of the industry in the future. We welcome your feedback on how to make this a useful resource via email at [email protected].

Jump to a company:

To meet these 2030 targets, Casella plans to expand its focus on landfill gas-to-energy projects, recycling, organics and fleet efficiency based on 2019 levels. Related targets include doubling the renewable energy generated from company-owned or partner facilities – including landfill gas, solar and geothermal. Another goal is to reduce fuel consumed per tons of material collected by 20%. Casella reports 4% of its routed fleet currently runs on CNG (19.6% in markets with CNG infrastructure) and the company will pursue additional alternative fuel vehicles, including an electric vehicle pilot in 2021. The company also aims to “reduce, reuse or recycle” over 2 million tons of solid waste through its Resource Solutions division.

Casella outlines potential risks such as climate or emissions regulations that affect business, and “reduced stakeholder confidence” if the company isn’t viewed as having positive climate impacts. Weather events can also be a factor in landfill operations and construction timing. On the opportunity side, Casella sees potential to scale up its resource solutions division — especially if climate legislation and/or circular economy targets enhance the market. The company also sees opportunity in helping respond to cleanup and disposal needs following major storms.

Reduce Scope 3 emissions 10% by 2022. Covanta has committed to “set a science-based target and implementation plan by 2022”

In addition to reducing raw material usage in its operations, Covanta plans to “increase total wastes avoided, recycled or reused under our management by 100% by 2022, relative to a 2014 baseline. The company also aims to “increase the amount of waste managed through energy recovery and other sustainable waste management operations by 10%” by 2020, from a 2014 baseline, in what it says is an effort to reduce overall GHG emissions from landfills run by others. Covanta reported 21.6 million tons “diverted from landfills to energy recovery” through 2019. Internally, Covanta also aims to achieve 60,000 MWh of “additional energy efficiency improvements” at its facilities by the end of 2020. Additionally, the company plans to make investments in five projects to mitigate various emissions categories in environmental justice communities by 2023.

Potential storms could damage facilities, disrupt supply chains or energy grids. This could lead to temporary downtime for certain facilities. Other potential risks include the possibility that future carbon pricing systems in certain states do not recognize solid waste combustion as a form of GHG mitigation. Covanta notes ongoing efforts to engage in these policy discussions as they unfold. Another risk outlined is the share of waste going to landfills will increase, despite certain state policy efforts focused on organics and recycling, and limit Covanta’s incineration business. Conversely, a carbon pricing system that recognizes Covanta’s facilities as beneficial could make it more competitive versus landfills — as currently seen with the company’s UK business. The company also sees business potential in expanding its environmental solutions division — including depackaging and metals recovery — and potentially playing a role in climate resiliency plans by powering microgrids.

Planning to announce among multiple sustainability targets in 2022

For landfill emissions, Recology focuses on gas-to-energy systems and flaring. The company notes it “actively prioritizes material recovery” by directing large amounts of material to MRFs and composting sites. For fleet emissions, the company aims to power 90% of its fleet with “renewable or alternative sources” by 2022. As of 2018, 50% of Recology’s vehicles fit this category. Renewable energy generation and efficiency is also a priority at facilities.

Republic aims to boost “biogas sent to beneficial reuse by 50% by 2030” through additional investment in landfill gas-to-energy projects. Additionally, Republic will promote recycling, anaerobic digestion and composting with the goal of increasing “recovery of key materials by 40% on a combined basis by 2030.” For routed fleet emissions, the company has previously focused on CNG vehicles and approximately 20% of its trucks run on natural gas. It has now pivoted to electric, including an agreement to buy 2,500 trucks from Nikola (with the potential for up to 5,000) that will start being delivered by 2023. Republic also notes efforts to reduce fleet emissions through more efficient technology, maintenance and routing standards. Additionally, it will also “work to adhere” to LEED standards when building new facilities and take other related considerations.

Republic notes natural disasters can bring costs in the form of repairs, education initiatives and spending on future precautions. For example, closures during Hurricane Katrina cost the company $1 million. Being resilient to extreme weather could also lead to clean-up contracts worth $1 million or more. If traditional diesel fuel prices continue to increase, switching toward alternative options could save the company $26 million a year (assuming prices go up 20 cents per gallon). Changing consumer behaviors could help or hurt the company — consumers could start preferring packaging styles that dent material value, or they could increase recycling activity. Republic foresees each outcome potentially being a $10 per ton loss or gain, which could affect annual recycling revenue by $18 million in either direction.

To help drive its topline target, Waste Connections also aims to increase biogas recovery by 40% and the amount of resources recovered (i.e. recyclables and organics) 50%. Additionally, the company aims to process 50% of all leachate on-site by that date, which could have a secondary benefit of reducing vehicle emissions. To reduce fleet emissions, the company is investing in technology to make routes more efficient while also pursuing diesel alternatives. Through 2019, 11.7% of the company’s fleet ran on alternative fuels and that is expected to grow with new investments in electric trucks.

Reduce four times as much GHG as generated in operations by 2038. Topline goal consists of three sub-targets – including a goal to reduce Scope 1 fleet emissions 45% by 2038, and other goals to reduce various Scope 1-3 emissions by 2025 and 2038.

Target considered science-based, has not received SBTi approval. Signed “We Are Still In” commitment, pledging to align targets with Paris climate agreement

By 2025, WM plans to run 70% of its fleet on CNG, with 50% of those vehicles powered by renewable natural gas, and is piloting electric vehicles. An estimated 50% of vehicles ran on alternative fuels in 2019. WM will invest in seven new gas-to-energy facilities at its landfills by 2025, using some of this gas to fuel its vehicles. The company aims to transition to 100% renewable energy at “WM controlled sites” by the same year, “develop fugitive emissions measurement systems” for its landfills and cut recycling contamination to less than 10%. By 2038, the company also plans to recycle 17.3 million tons of material per year, as compared to 15.2 million tons in 2018. Additionally, WM plans to make facilities more energy efficient, and build new facilities that meet or “align closely” with LEED standards.

Further investments could make WM facilities more resilient to natural disasters and the company also sees potential revenue from clean-up contracts. Just one of these jobs could be worth $5 million to $25 million a year. The company also sees potential to benefit from renewable fuel credits for projects such as landfill-gas-to-energy plants or its CORe facilities that pre-process organics. On recycling, WM said if higher demand translated into a 5% revenue increase that could be worth more than $100 million. Improved customer recycling habits, meaning less contamination, can also save $125 per ton.

On the other hand, the company says climate change is affecting an increasingly “broader swath” of its footprint: “Our operations have been impacted by fires and floods in the West and by hurricanes, super storms, and tornadoes in the East, South and Midwest.” Damage to facilities or disruptions to operations can be costly. The company is also wary of existing or future landfill emissions regulations with conflicting standards, citing the potential for penalties to cost up to $10 million per year. Also, if there’s a bigger push for less packaging or extended producer responsibility (EPR), revenue from recycling could drop. Reduced packaging could cut revenue by $100 million, and lost contracts from EPR could cost WM up to $200 million. The company also notes “not capitalizing on innovations driven by sustainability practices due to climate change and its positive implication to WM’s Business” could cost an estimated 10% of revenue, based on 2018 figures.

Calculating the costs of climate change in the waste, energy sectors 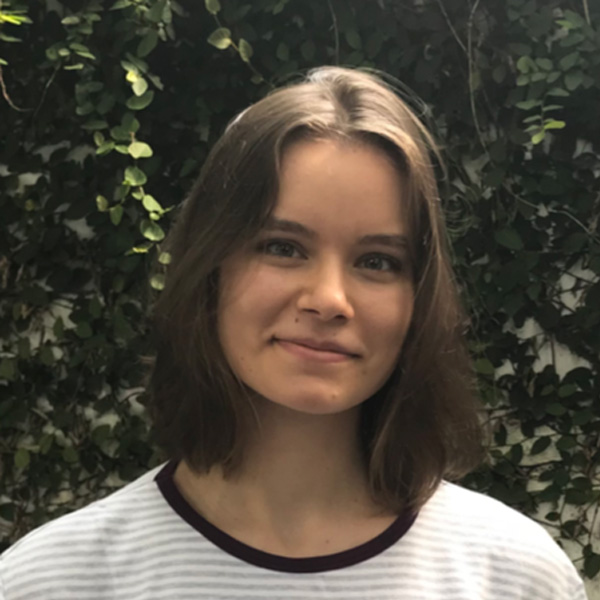