Neil Smith, who joined Vanguard after leading an energy company during a similar period of expansion, breaks down what the sale means for efforts to launch dozens of RNG-producing facilities.

Vanguard Renewables was already the largest anaerobic digester operator in the U.S. market. Last week’s news of its sale to a fund managed by BlackRock Real Assets is seen as a way to drastically expand that position to upward of 150 sites.

The deal, valued at $700 million according to sources, will lead to BlackRock investing an estimated $2 billion in growing Vanguard’s portfolio of sites. Since it was founded in 2014, the Massachusetts-based company has built six Northeast digesters that codigest food and farm waste through its Vanguard Organics division. This new capital is expected to fund the expansion of 60 to 70 new digesters in that division across the country. Vanguard is also partnered with Dominion Energy to develop, construct and operate manure-based digesters. Around 12 such facilities are under construction now and another 60 have also been planned, according to the company.

CEO Neil Smith, who started last October after leading energy company InterGen during a similar period of expansion, said Vanguard is “super excited” to be working with BlackRock. The company will be hiring an estimated 100 people within the next year, adding to 150 today, with many more to come. Waste Dive spoke with Smith after the announcement about how the deal came together and what it means for competing in the organics recycling sector.

WASTE DIVE: Vanguard has been talking for a while about plans for 100-plus sites. Was that always predicated on a deal happening or new investors coming in? If so, what made now the right time?

NEIL SMITH: We were always going to need new capital, more capital. So our current owner Vision Ridge, who was selling to BlackRock, could have stuck around and funded it, but it would have been another fund of theirs. So it gets more complicated. We're on the same business plan, we're on the same trajectory, but finding a new capital partner with a new cost of capital and having it be a new investment fund effectively just made a lot more sense.

Was going public ever an option?

They had looked at that just before I arrived, and decided that the SPAC market had just gotten too difficult and the rewards were not there. So I think under a favorable macro environment that would have been an alternative to a private sale. But this was the right choice for today's market. At the end of the day, we want a partner who believes what we believe — be it a public market partner or a private market partner — which is methane is bad, we're here to disrupt and change the way people view and dispose of waste.

BlackRock totally fits all the things that we wanted and needed. We wanted a partner who believed in why we exist and our purpose-driven and mission-driven company. We needed a partner who had the capital to deploy $2 billion over the next three to five years to build those 100-plus plants. We really wanted somebody who aligned with our purpose. BlackRock is a global leader in the ESG movement and pushing many companies in that direction. Vanguard's story has been one, in my view, that we've always punched above our weight and this will allow us to continue to do so.

Focusing on your organics-specific projects, I know the Farm Powered Strategic Alliance was one way to help drive interest in that and get more partners involved. How are you feeling about the growth of that effort?

We're super excited to be elevating the discussion about food waste, and asking all of the major manufacturers, “what story does your food waste tell?” We're trying to create a pre-collaborative, pre-commercial coalition of large food manufacturers to find better ways to tell a better story about what their food waste does. We think our products at the end of the day do that.

So the Farm Powered Strategic Alliance has been a helpful way for us to elevate the conversation within those companies around what they're doing and how they're doing it, and show them the opportunities that working with our commercial side could do. We're about to make a bunch more announcements. So we are on track to growing that to a much bigger portfolio of large manufacturers.

I recall when it was launched in late 2020, some companies were very interested but others didn’t have organics on their radar as much. Do you feel like for the most part large corporate waste generators are on board with this concept now, or is there still a certain percentage of the market that needs to be convinced to participate?

You kind of have the early adopters and then the people who join in and then the herd shows up. I think we're well past the early adopters and the middle. All companies are now focused on how to reduce their waste streams and how to do something better with their waste, and to try to keep food waste out of landfills. So the tide is rising relative to people being more thoughtful and constructive about where their food waste goes.

And it's not just the big corporates, it's also you and I, Americans recycling at home and taking their organic food waste and not having that go to landfills. So we're seeing it coming from multiple angles, but we certainly have seen a much bigger focus by the large food manufacturers to be more thoughtful about how they're disposing of their food waste and I think that's going to mean big things for the RNG business.

Landfill companies are also focused on RNG right now, and BlackRock invests in some of those companies. Do you think landfill companies making this push on RNG is competition to you, or is it complementary in the sense that there's more than enough organic waste to go around?

It's both, but to your last point, RNG is going to be structurally undersupplied into the future. Organic waste going to landfills is just a terrible use, and a lot less efficient way of disposing of our organic waste. The gas coming from landfills is — in the carbon index world — not a carbon-negative gas, it's a carbon-positive gas because of the way it decomposes in the landfills and otherwise. From a carbon standpoint, landfill gas is not nearly as attractive as organic-derived gas.

In thinking about other competitors going after the same feedstock as you, a number of well-financed digester companies have also sprung up, along with some growing composters. How does this investment help you stand out?

The composting business has some challenges around things like PFAS and other dimensions that doesn't accrue to us, so I feel good about that. But listen, I think there's going to be competition in the future. We have more organic food waste digesters than anyone in the U.S. We are the national leader, we're going to continue to be the national leader. I think the market is big enough to support a lot of us, but we're the one with the most amount of experience, and the most well-funded to be able to continue to be the leader. So it's an expanding pod and there's room for a lot of others, but I think we're the strongest and with BlackRock sit in a very strong position.

What are you watching in state or federal policy right now that you think would be beneficial for Vanguard?

I think that on the state side, for people to continue to push landfill bans for organic food waste... and to enforce it. Massachusetts is a great example, we've had a [policy] on the books for quite some time, but it hasn't been enforced... and there have been a lot of restaurants that have been conveniently ignoring the ban. That's going to be harder and harder for them to do.

The place where I think the tide is going to rise significantly for everyone in this sector is when Americans become better recyclers. The amount of organic food waste is going to explode, because there's a lot that's just getting thrown in landfills right now. Europe does a much better job. I think, with time, Americans are going to become better recyclers and that's going to create a lot more feedstock for organic waste.

Are there any energy policies you’re hoping to see on the state or federal level? I know an investment tax credit, similar to what has been done for wind and solar, has long been a priority in the biogas sector.

We need a federal policy that makes sense around climate change. The states have been wonderful in advancing the ball in the best way they can, but until we get a federal policy I just feel like we're going to be following the world on climate change and not leading. We have a piecemeal framework today that isn't as constructive as it could be.

[The investment tax credit] is super helpful. The playing field has been unevenly tilted towards wind and solar, and not towards biogas. So 100%, I think it's time to level the playing field. 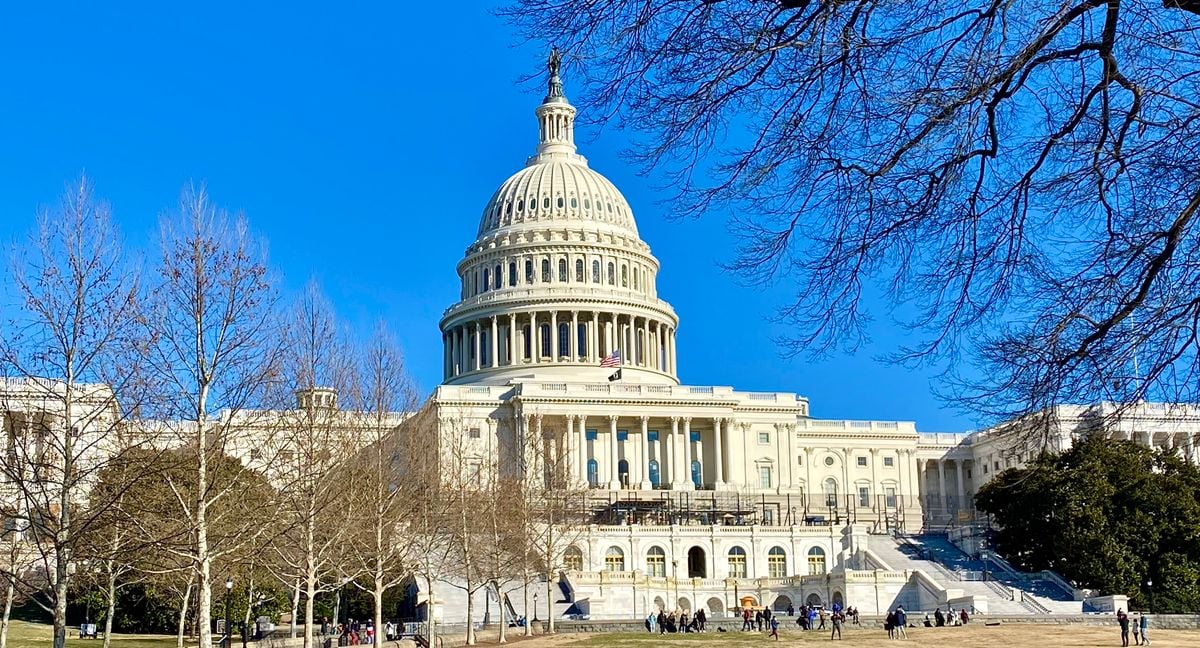 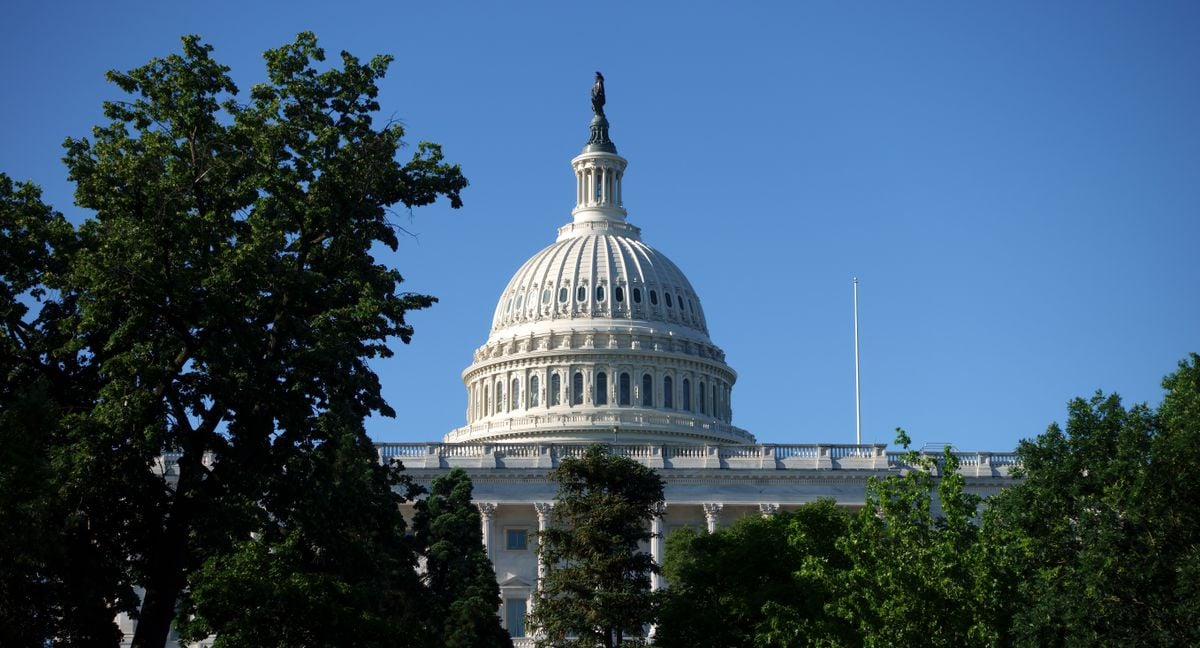 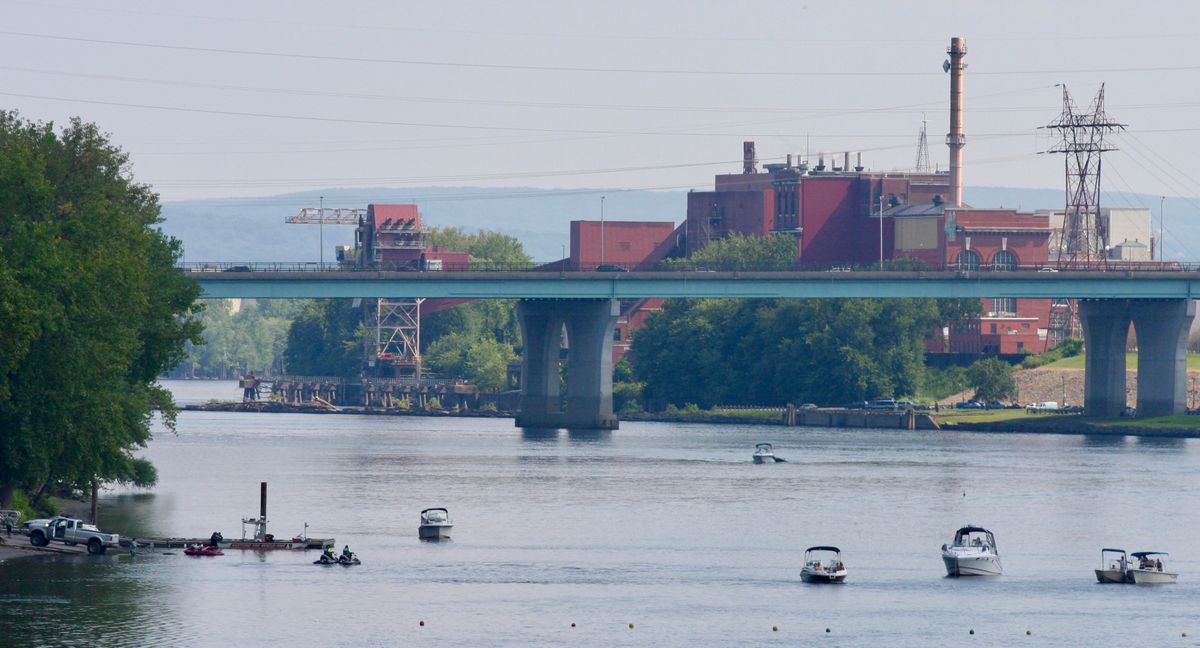 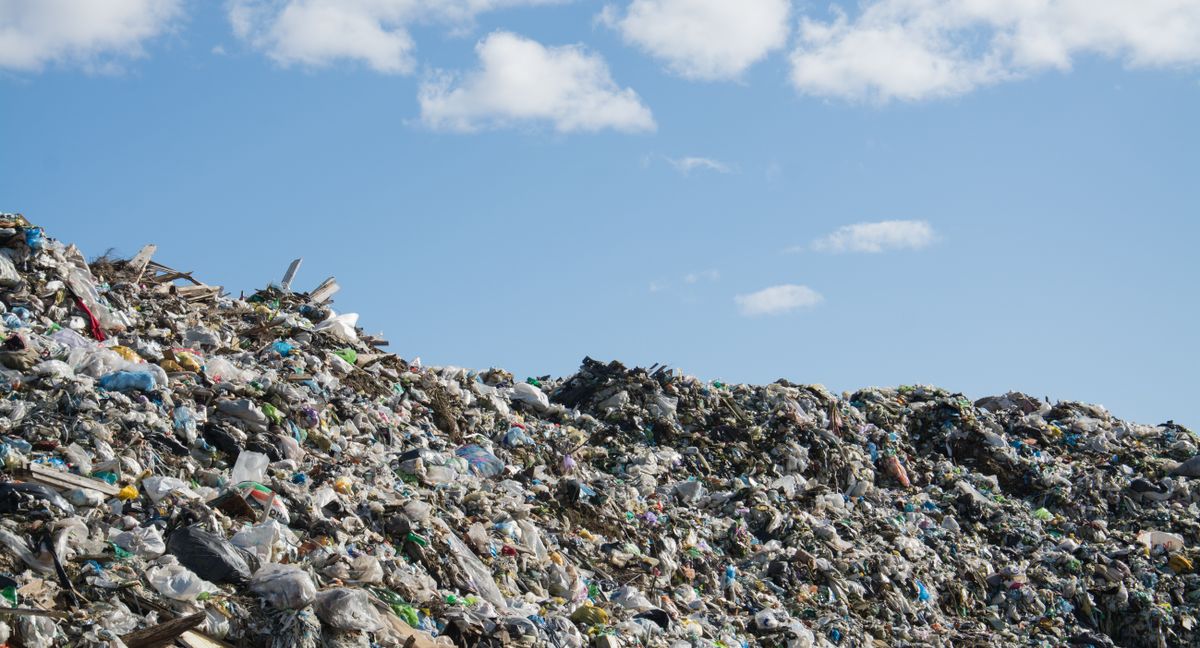 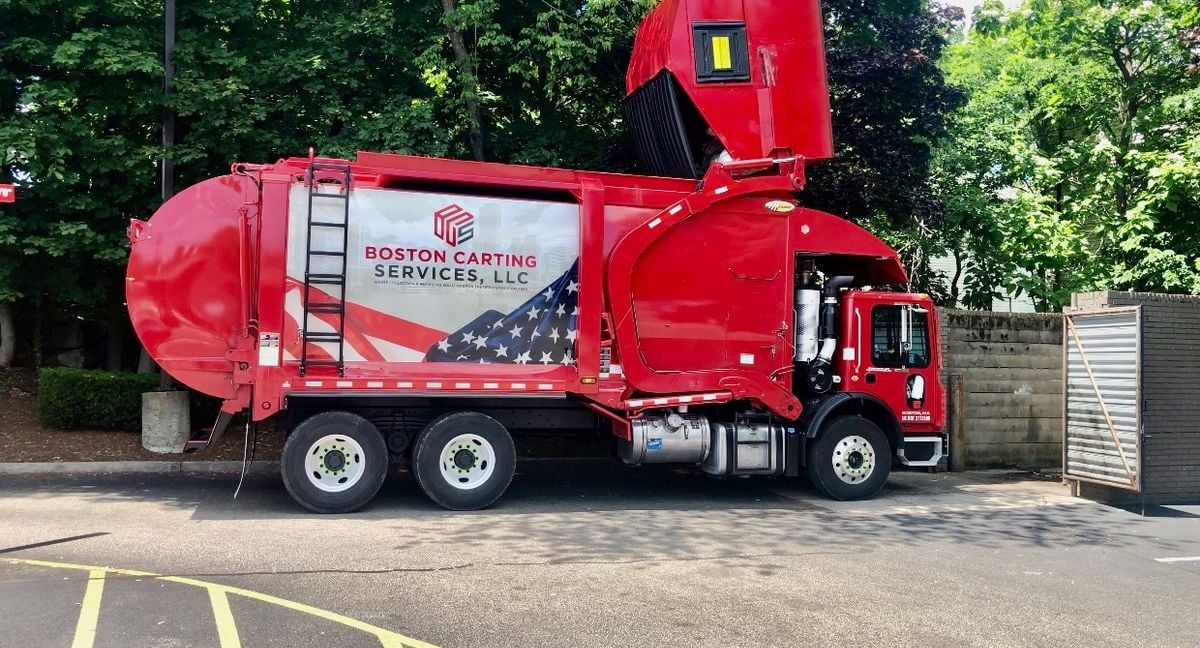 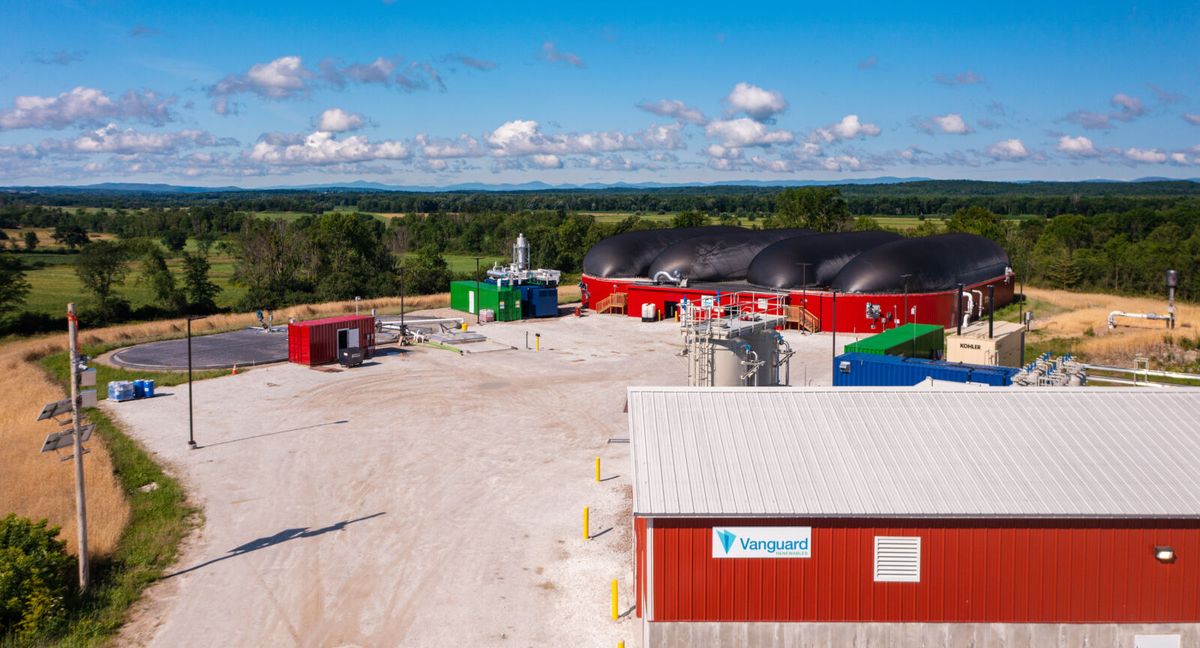 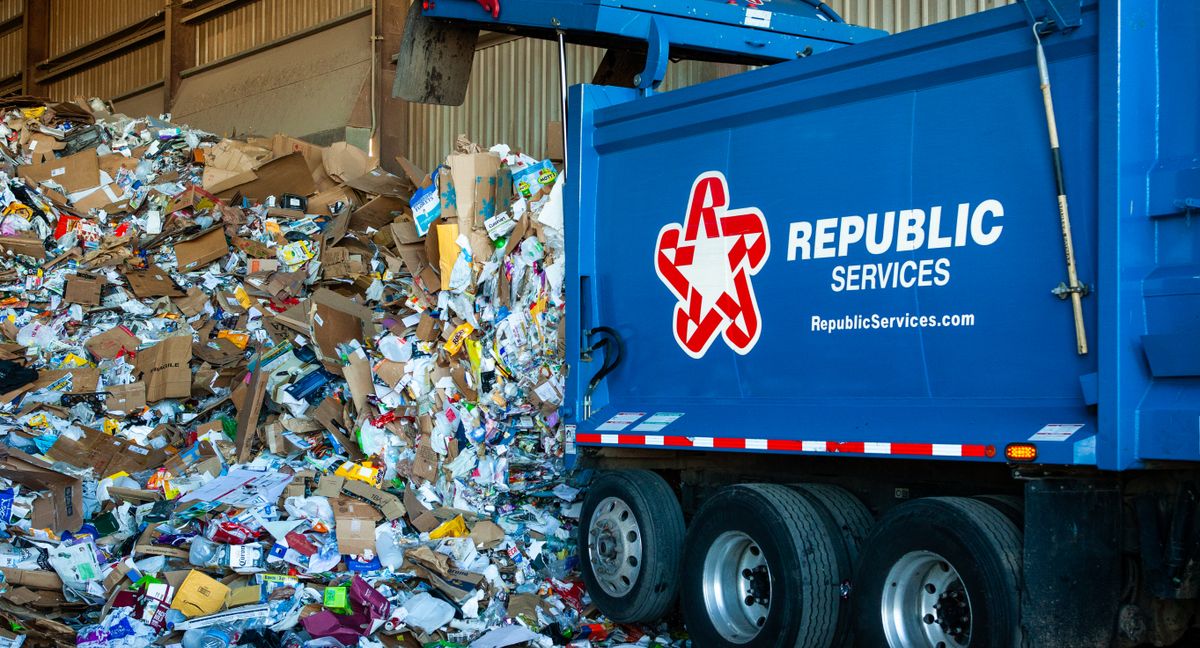 View all | Post a press release
Envirosuite announces strategic partnership with Byers Scientific
From Envirosuite
Center for Sustainable Behavior & Impact to Drive Improvement in Recycling Behavior and Boost …
From The Recycling Partnership
Industry Dive to be acquired by Informa PLC
From Industry Dive
B Lab Global Announces 2022 Best For The World B Corps
From B Lab Global
Editors' picks
Latest in Organics
© 2022 Industry Dive. All rights reserved. | View our other publications | Privacy policy | Terms of use | Take down policy.
Cookie Preferences / Do Not Sell