Beyond recycling: What’s next for effective zero waste planning

Many local governments have resolved to pursue zero waste. The years ahead will require significant upstream and downstream progress for cities to meet their targets.

“I think the underlying issue around a lot of zero waste plans is skepticism that the plan actually results in implementation,” said Alex Danovitch, principal at environmental services firm Nothing Left To Waste. He said there are also concerns “that the plan is just gonna sit on a shelf” or that cities will go after “low-hanging fruit” like maximizing recycling diversion, but not work up the hierarchy and make systemwide changes.

But as years have passed and zero waste planning has evolved, there’s greater information exchange among cities about comprehensive planning and effective outcomes.

The most successful zero waste plans are the ones that take the time to do thorough public engagement, Danovitch said. Alignment with environmental justice communities, for example, wasn’t even a part of zero waste planning 20 years ago. A key part of that process is identifying what a community’s broader goals really are, he said.

“A zero waste plan isn't about an empty trashcan. It's about what the community is really trying to get to: clean air and clean water; just and equitable communities,” Danovitch said. That process illuminates where a community should prioritize investments, he said.

Linking zero waste to other priorities like climate goals is proving effective, said Heather Trim, executive director at Zero Waste Washington, a policy advocacy group in Washington state. “There’s certain cities in the U.S. that are ahead of the curve because they also have climate change imperatives ... and so a lot of the zero waste comes hand in hand with that,” Trim said.

Likewise, “I think being able to frame the actions as a climate tool or a social justice tool allows a broader comparison [of the cost-benefit ratio] when you're not comparing things to landfill, recycling or composting,” Danovitch said.

A more holistic view also applies to how communities then measure success — an evolving conversation around which metrics are suitable for encapsulating zero waste progress. “Just because something's in the recycling bin doesn't mean that it's delivering the impact that you would assume,” Danovitch said.

“A zero waste plan isn't about an empty trashcan.”

principal at Nothing Left To Waste

Experts continually point to the challenge of cities not having control over the life cycle and disposal of a large swath of resources within their borders. One underutilized strategy that could help is public-private partnerships, said Kristyn Oldendorf, an associate director at sustainability consultancy Anthesis Group.

Oldendorf, who was chief of Baltimore’s office of waste diversion until earlier this year, noted that as cities are having to collect and manage materials, companies increasingly demand recycled content. While the public and private sectors have different roles, the goals connect, “so being able to have those conversations and understanding each other's goals is important,” Oldendorf said.

“Cities can't do this alone. And they're not responsible for all the waste that's being produced and figuring out what to do with it,” Oldendorf said. Corporations with goals can be a help to cities: “It can look like funding, but it can also be direct partnerships for education, collection programs, infrastructure — I think there's just a lot of opportunities for collaboration.”

“I think that proves that recycling is headed in the right direction and the infrastructure will continue to grow,” Oldendorf said. “So there's a lot of challenges but I'm also seeing things trending in a positive way.”

Gary Liss, vice president of Zero Waste USA, also noted the “unprecedented” legislative and financial support from Congress in recent years. The U.S. EPA in November opened applications for $100 million worth of recycling and waste grants included in the 2021 infrastructure package.

But policy isn’t the answer everywhere. While exchanging learnings with other cities is helpful, comparing notes with local governments in policy-forward jurisdictions from California to the EU can prove vexing, said Amanda Jordan, circular economy project manager for the city of Phoenix. The city is pre-empted by the state of Arizona from banning single-use plastic bags, for example.

“Policy and legislation levers are not things that we often rely on or pursue … everything we have to do is voluntary,” Jordan said. “I'd really love to see more stories around non-policy solutions to really encourage not only our own city, but others who are in the same boat, that there are other solutions out there that could be utilized to to enable this type of work.”

In that vein, one example is grassroots mobilization around organics in areas where there aren’t government-sponsored programs, according to author and academic Lily Baum Pollans.

"That is one of the areas where I'm the most excited, because I see the most transformative change happening,” said Pollans, author of “Resisting Garbage: The Politics of Waste Management in American Cities” and an associate professor at Hunter College.

One of Phoenix’s major focuses is around growing a localized circular economy. And while the pandemic disrupted many waste diversion programs for the worse, it could also prove to be a catalyst for adopting more resilient local systems.

“Post-COVID, we're really seeing the effects of such large-scale supply chain disruptions from being such a globalized world,” Jordan said, inspiring the city to keep materials within its own region to serve as feedstock for neighboring businesses. 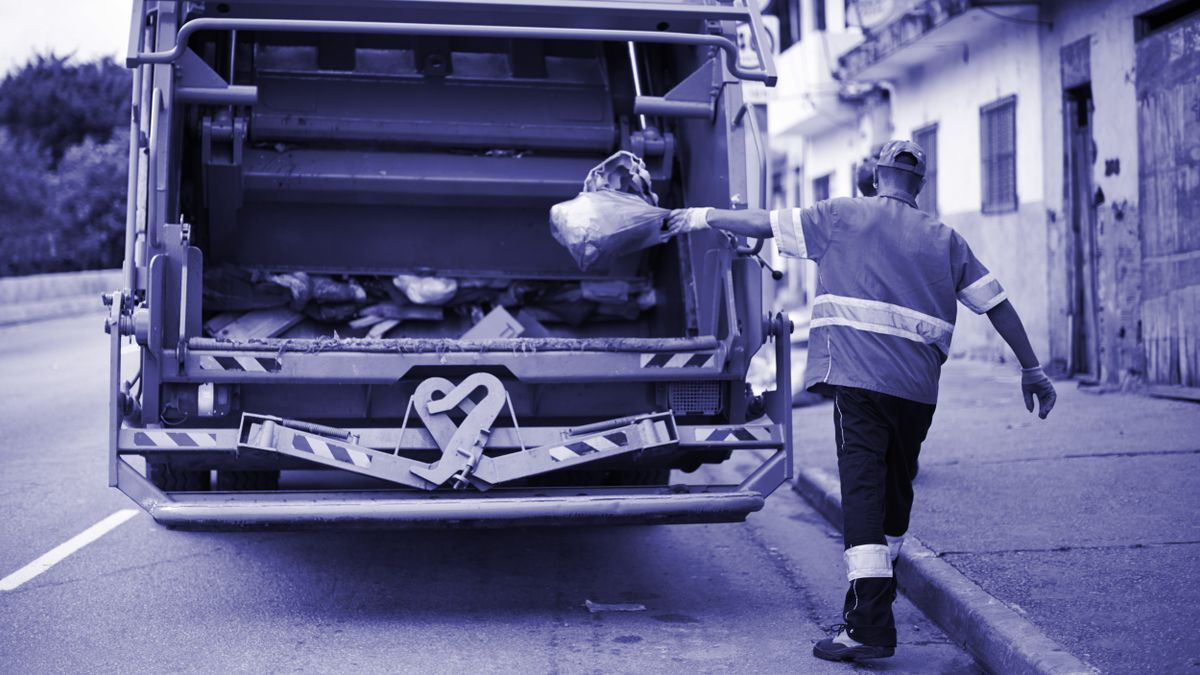