SB 1383, a sweeping law that calls for a 75% reduction in organic waste disposal by 2025 to reduce methane emissions, has spurred a flurry of activity. Is the state's current infrastructure ready?

Editor’s note: This is the first in a multipart series exploring the market effects of California’s sweeping organic waste reduction law, SB 1383.

California has enacted its most ambitious waste policy in decades, SB 1383, and the results could have implications for how organic waste is collected and managed far beyond the state.

SB 1383 is a key component of the state’s effort to mitigate short-lived climate pollutants such as methane. To do so, California's Department of Resources Recycling and Recovery (CalRecycle) is requiring a 75% reduction in organic waste disposal by 2025. The lengthy regulations underpinning these targets contain numerous complex provisions around newer efforts such as procurement and edible food recovery. But the most visible change is already occurring along curbs and alleys throughout the state, as local jurisdictions must now facilitate comprehensive organics collection for all residents and businesses.

The organics collection and processing requirements of SB 1383 are an immense undertaking, with CalRecycle in 2018 — prior to the current inflationary environment — estimating the policy could cost potentially $20.9 billion in the 12-year period leading up to 2030. At the same time, the agency anticipated a potential $17 billion economic benefit and thousands of new jobs created over that period.

All told, it’s estimated the state will need to keep 27 million tons of organics from going to disposal annually by 2025, and 18 million tons of that is not eligible for edible food recovery. The pandemic hasn’t helped local jurisdictions’ efforts, leading Gov. Gavin Newsom to sign a bill last year providing some leeway in the enforcement process.

The onus of this law falls on local governments, and the law imposes hefty financial penalties for noncompliance. Many local jurisdictions are having to implement double-digit rate increases to pay for new or expanded collection programs and new infrastructure. Even Bay Area cities with more established collection programs are still working to catch up with all of the law’s requirements. Jurisdictions are weighing choices about collection and processing that will stick with them for years to come. The need for hauling and recycling solutions has also kicked off major changes throughout the California waste and recycling industry.

Over the past year, Waste Dive has spoken with dozens of waste and recycling professionals, state and local officials, and other stakeholders to learn what SB 1383 will mean for them.

Companies have been investing many millions of dollars into composting infrastructure, anaerobic digesters, pre-processing equipment and more to meet the requirements of new or amended contracts. Sensing a shift in the competitive landscape, some owners have sold their waste businesses to larger competitors or taken on new investors to better position themselves, while other composters and waste companies are entering the California market for the first time thanks to new contracts.

Through it all, CalRecycle and the law’s supporters have maintained strong optimism that not only can this be done in their state, but, if successful, it can spread to other parts of the U.S. and be adopted by national waste companies that have not yet scaled organics recycling up to its full potential.

California waste and recycling professionals are accustomed to adapting to an ever-growing list of new state laws. AB 939 of 1989 set a 50% waste reduction target by 2000, kicking off a wave of curbside recycling and yard waste programs. More recently, AB 1826 of 2014 mandated commercial organics collection, and AB 1594 of 2014 eliminated the option of counting as diversion the use of green waste for alternative daily cover in landfills.

Still, SB 1383 is considered among the state's most substantial waste policies in decades due to the speed of its enactment, the urgency policymakers feel in addressing climate issues and the complexity of what’s being required. While a variety of state and local organics recycling policy drivers already exist around the country, this will be the first mandatory statewide push outside of Vermont, which has less than 2% of California’s population.

The law, signed by then-Gov. Jerry Brown in 2016, originally looked for a 40% reduction in methane levels from a 2013 baseline by 2030, among other targets. Data from NASA’s Jet Propulsion Laboratory — collected for the California Air Resources Board from 2016 to 2018— found landfills were the largest methane emitters in the state. While debate continues in the waste industry about the most accurate way to measure these emissions, it’s become increasingly clear to certain state and federal policymakers that keeping organics out of landfills is a climate priority.

A recent report from the U.S. EPA (which has its own nonbinding food waste reduction goal) said keeping organic waste out of landfills can have a direct effect on mitigating climate change, given that more than 15% of human-related methane emissions in 2019 came from landfills, and methane is many times more potent than carbon dioxide as a mechanism for trapping heat in the atmosphere.

In addition to potential economic benefits, CalRecycle has also estimated the potential methane reductions driven by the law could be worth $40 million to $100 million per year in 2030, if not more. Overall health benefits to the state's residents could be worth at least $4.8 billion from 2019 to 2025, or potentially even greater based on a more recent report.

In California, the state estimates that “organics like food scraps, yard trimmings, paper, and cardboard” are about half of inbound landfill volume. The latest state reporting shows an estimated 52% of the 77.4 million tons of waste generated during 2020 ended up in landfills, with an estimated 12% of the overall amount managed via composting, anaerobic digestion or mulching.

Thus, to achieve the state’s methane reduction goals, SB 1383 mandates the collection and recycling of organic materials in addition to preliminary reduction and food recovery efforts.

The SB 1383 regulations allow two approaches to meeting these organics collection requirements. The first is source-separated collection across three color-coded bins (gray for residual waste, blue for recyclables, green for yard and food waste). The second is mixed waste collection, where organics are commingled with MSW and possibly recyclables in one or two bins. While CalRecycle is still reviewing data about which approach each jurisdiction is planning to take, Machi Wagoner and many others say the three-bin system is far and away the most common choice.

Nick Lapis, director of advocacy with SB 1383 backer Californians Against Waste, said it’s “not accidental” that source-separated collection programs such as the one in San Francisco were the inspiration for this policy and are generally considered the easiest way to comply.

“The regulations allow mixed waste, but I cannot imagine any mixed waste system realistically meeting the requirements,” said Lapis, whose group specifically hoped to see mixed-waste collection banned. “The point of the bill was to set up source-separated composting programs around the state. There are pathways to compliance through mixed waste, but it’s intentionally a high hurdle.”

Machi Wagoner and others at CalRecycle say the regulation does not favor one approach or the other, but they note source separation is a more “proven” approach, with more compatible processing infrastructure and the potential to produce higher-quality commodities. Yet some believe collecting mixed waste that's processed to recover recyclable and organic materials is key to achieving SB 1383’s big-picture disposal reduction and climate targets.

“If you really want to make a dent, I think mixed-waste processing has to be part of this equation,” said Eugene Tseng, an environmental engineer, attorney and teacher who thinks all options in the waste management hierarchy need to be utilized. “They're never going to achieve that 75% goal with only source separation.”

Citing the broader list of target materials in the regulations — “food, green material, landscape and pruning waste, organic textiles and carpets, lumber, wood, paper products, printing and writing paper, manure, biosolids, digestate, and sludges [from the mixed waste stream]” — Tseng views some form of mixed waste sorting as inevitable if the law’s targets are going to be fully achieved.

Those taking the mixed waste approach must send material to a verified “high diversion organic waste processing facility” that has to prove a 75% recovery rate by 2025. CalRecycle said no list of designated high-diversion facilities is currently available, but so far, only a handful in the state are expected to qualify.

Recyclers and local officials throughout the state have a wide variety of opinions on the best collection and processing methods for meeting the law’s mandates, and it appears likely to remain an ongoing discussion. In the meantime, at least one thing is clear: Achieving the organics diversion goals statewide may be among the local industry’s most complex tasks yet.

How much will organics processing need to grow?

As California’s jurisdictions and haulers ramp up their efforts to collect organics, one key question is where all that material will go.

The state already has a more robust organics processing infrastructure than many others due to decades of green waste composting and several well-established municipal food scrap programs. Jurisdictions are due to file capacity reports to CalRecycle in August, but existing data and interviews reveal differing opinions on whether the current infrastructure can accommodate the significant growth expected in organics collection and the additional complications that are predicted to come with that growth.

Some estimates indicate California may see as many as “90-110 new or expanded in-state recycling and remanufacturing facilities," beyond the current network of facilities, in order to achieve the law’s goals. The potential shortfall in processing is greatest in the southern part of the state, where dozens of new facilities are likely needed.

“One of the characteristics of organic waste is that it can’t be exported [long distances effectively]. We’re forced to have to process it in the state. So it’s monumental, as far as the change that’s going to be needed statewide for us to be able to successfully divert this material and process it into these organic products,” said Heller.

This expectation has driven interest and investment in a range of new capacity options, with many people looking for more in the future, but others anticipate that capacity at existing organics processing facilities will be sufficient.

In 2019, Matt Cotton — principal and owner of Integrated Waste Management Consulting — published a report for CalRecycle that found plenty of processing options for the expected volumes of organics SB 1383 will generate. At the time, the report found more than 160 permitted composting facilities and more than a dozen anaerobic digestion facilities accepting about 6 million tons of material, with existing permitted capacity for roughly another 4 million tons.

While the need has grown since that time, as more communities start up programs, more facilities have also come online, and Cotton remains optimistic about current availability. In his report, and since then, Cotton has also sought to dispel the notion that jurisdictions can’t ramp up their collection efforts due to a lack of capacity. He has found that organics recyclers are willing to invest in expanding permitted capacity when they have more guaranteed feedstock, and he said a key consideration is how far jurisdictions are willing to send their material and how much effort they want to put toward finding a solution.

“If every single jurisdiction aggressively went after 1383 [collection programs], we’d have a capacity shortage,” said Cotton, “but that’s not how it’s going to happen.”

Stay tuned for Part 2, which will explore infrastructure investment trends by major organics recycling companies and the markets for their material. 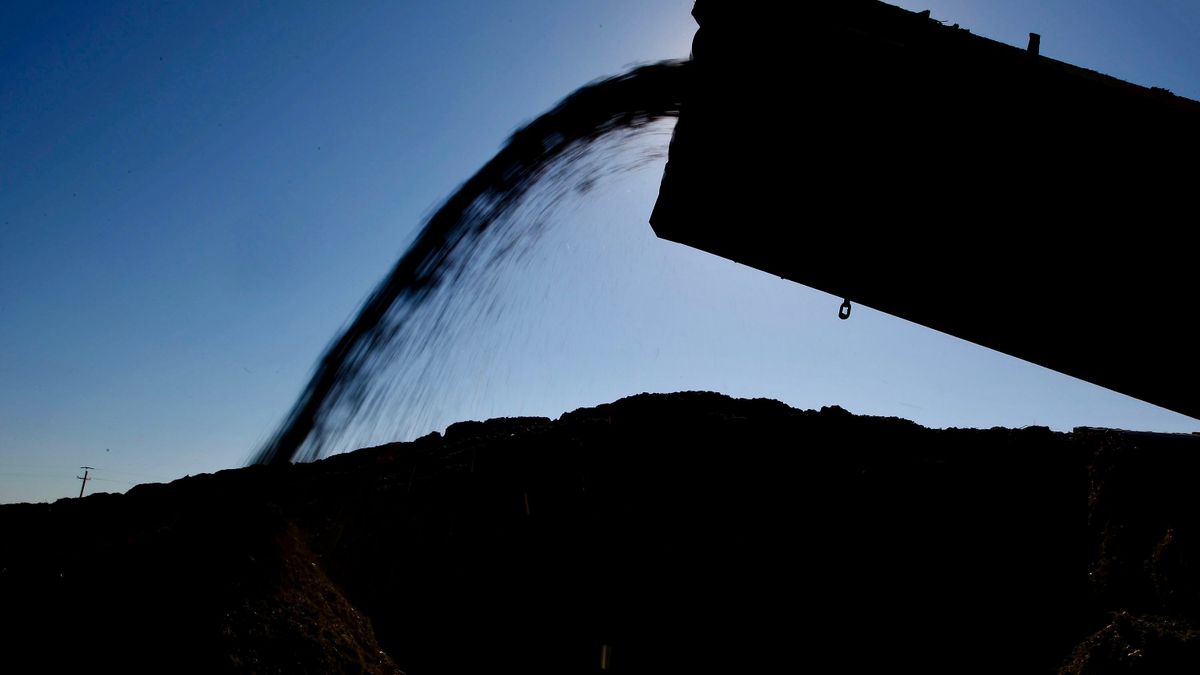 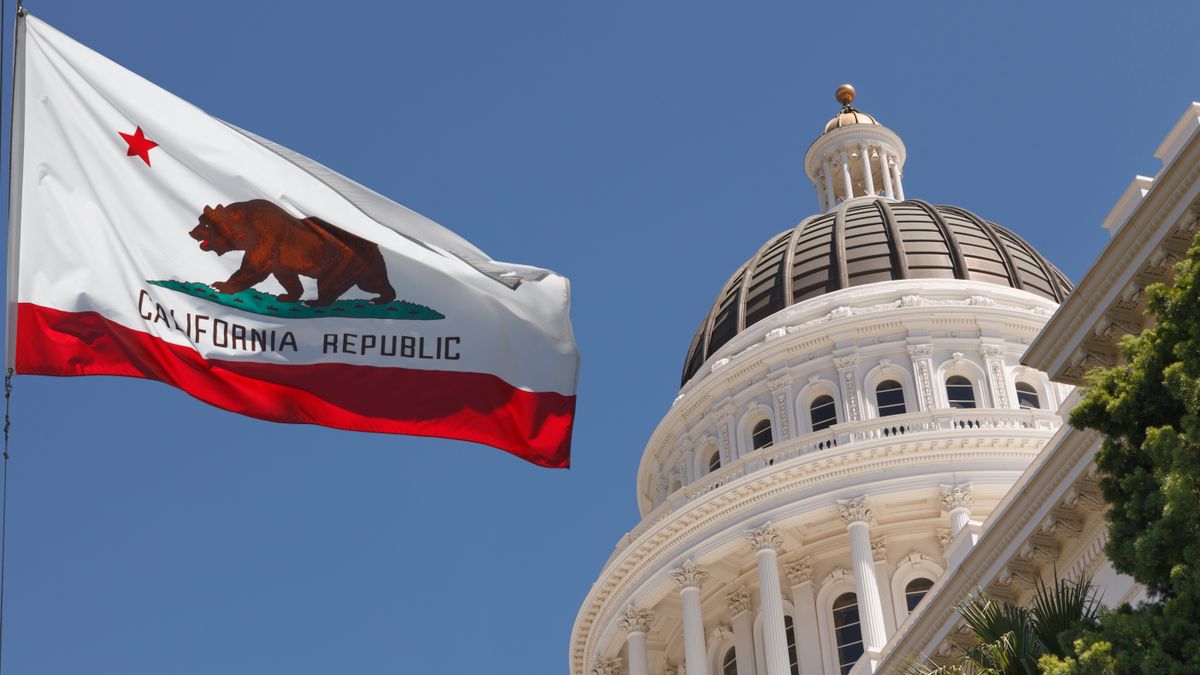 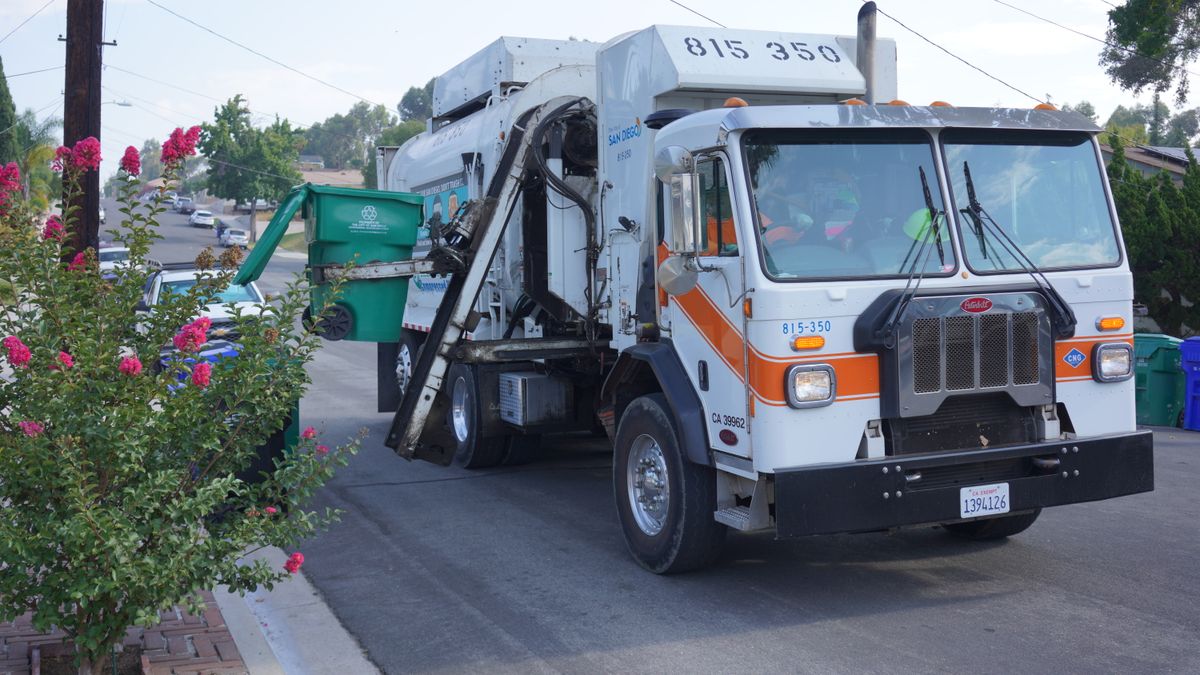 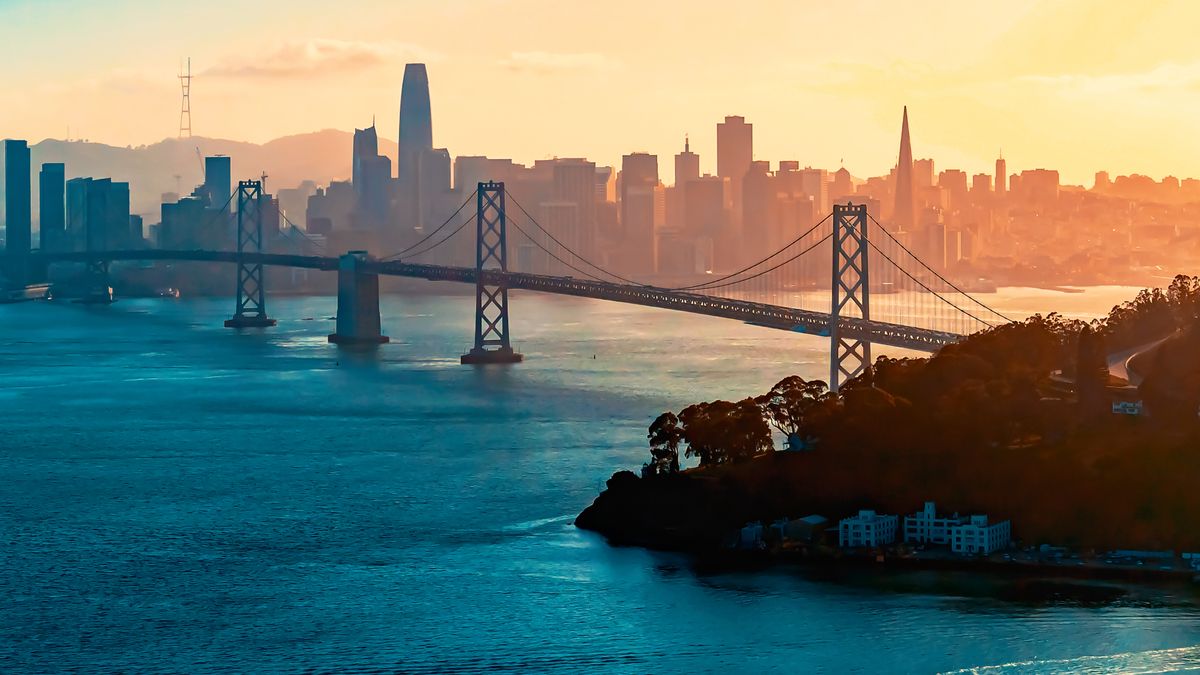 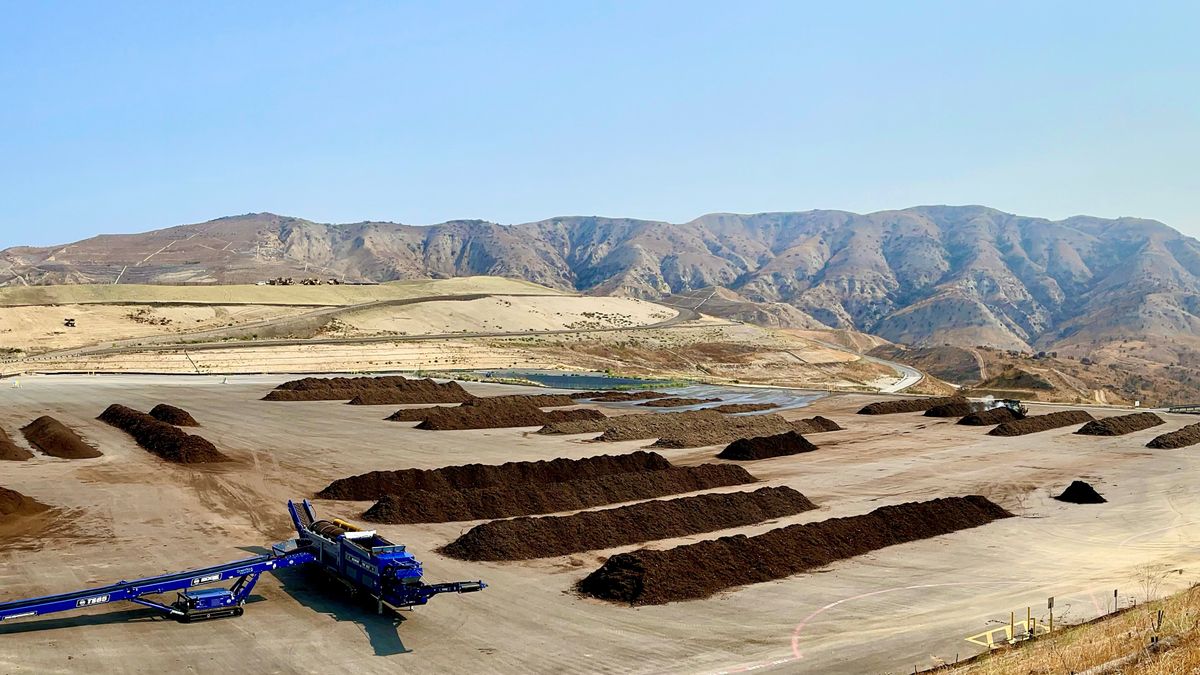 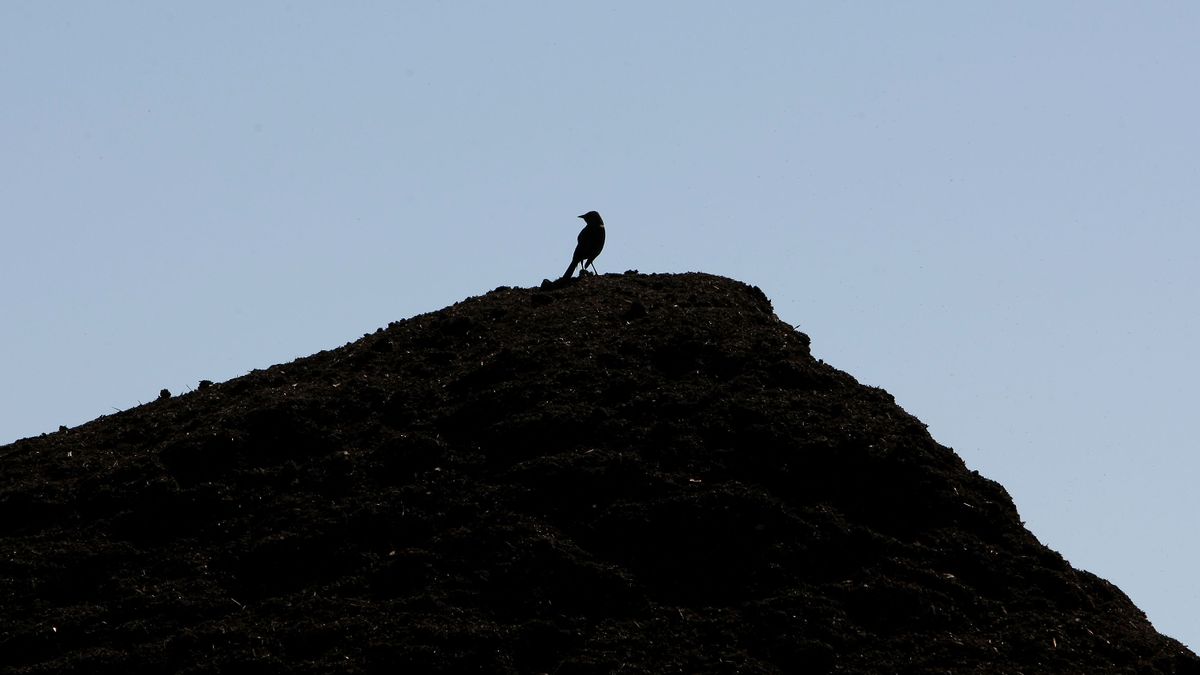